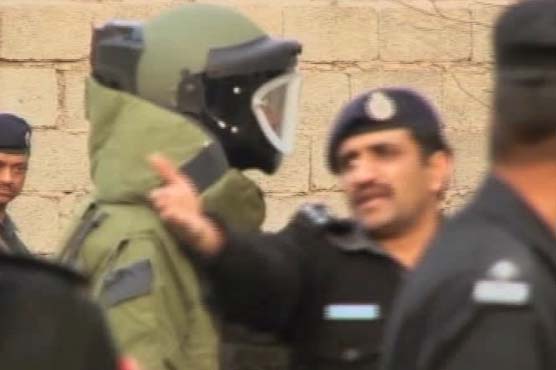 As many as three police officials were slightly injured, says CPO Rawalpindi

TAXILA (Dunya News) – A suicide attacker on Tuesday blown himself near a police check-post after the police officials attempted to investigate him on the basis of suspicion near Wah Garden.

According to the details, the attacker was on way to Taxila from Peshawar. He got off the bus at Wah Garden near the police check post. According to the police, the suicide bomber was at least 20 to 25 years of age.

City Police Officer (CPO) Rawalpindi Humayun Bashir said that as many as three police officials were slightly injured. The bus was shifted to Naseerabad Police Station Rawalpindi. Moreover, the bus driver has also been arrested while further investigations are ongoing after cordoning off the area.