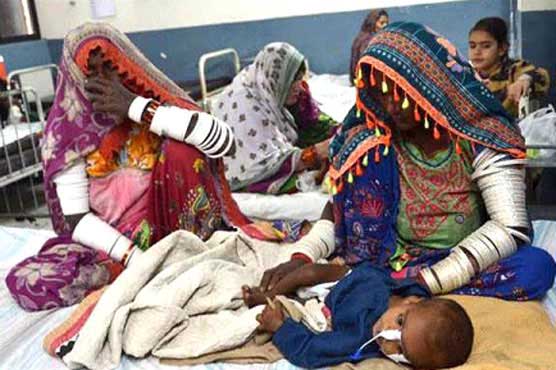 A 3-moths old Sandeep under treatment at Mithi Civil Hospital died on Saturday due to dearth of food whereas 5 children in various areas died of starvation yesterday.

The death toll has risen to 42 in a span of 40 days whereas no relief work has been carried out as per Sindh government s announcement.

Earlier, a 12-day old Muharram in Chachru and an infant died in Mithi Civil Hospital on Friday.

On the other hand, Minister of Anti-Corruption Manzoor Hussain Wassan and Sindh Chief Minister Qaim Ali Shah have been served show-cause notices in reference to the Thar report submitted by Wassan.

The report submitted by Wassan clearly states that Sindh government is responsible for the loss of innocent lives in the Tharparkar province. Wassan has further stated that the people have suffered because of the government’s ‘criminal negligence’.