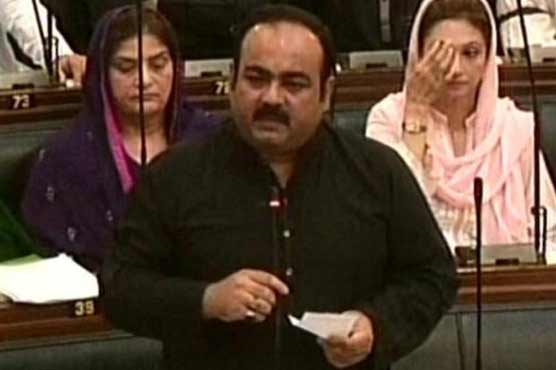 MQM’s parliamentary party’s meeting was held under headship of its parliamentary leader Syed Sardar Ahmad today (Friday). Thar situation was discussed during the meeting and decision to bring an adjournment motion for it has been made. The meeting also reviewed the use of development fund allotted in the budget this year.

Talking to media after the meeting, Khawaja Izhar-ul-Hassan said that everyone knows there has been corruption worth billions of rupees in Thar. He said that CM Sindh, ministers and other influential people are helpless before the bureaucracy. “Whatever the reason may be, Sindh government is responsible for deaths in Thar”, he said. He said that media reports about Thar are being ignored.