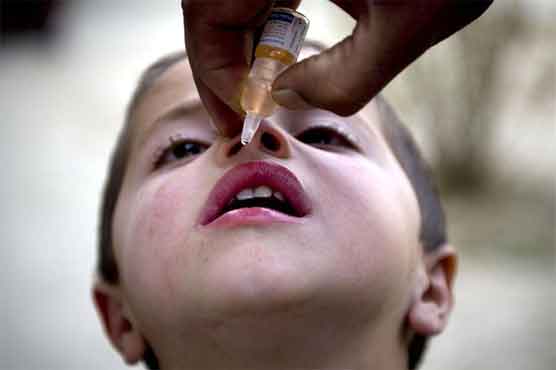 Total number of polio cases reported this year are 220 most of which is contributed by KPK and FATA.

LAHORE/ KARACHI/ PESHAWAR (Dunya News) – On the World Polio Day, Pakistan remained unsuccessful in eradicating the nuisance with a total number of polio cases mounting to 220 this year.

According to the World Health Organization (WHO) 99 percent of the world region is cleared of Polio but unfortunately Pakistan has still not been able to swipe it away.

Most of the cases from Pakistan appear from Khyber Pakhtunkhwa (KPK) and Federally Administered Tribal Areas (FATA) where the number of polio cases is recorded to be 142. North Waziristan contributes to 70 cases, Khyber agency 52, South Waziristan 17 and FR Bannu 4 cases to the total number.

45 polio cases appeared in KPK suggest 15 cases in Peshawar, 13 in Bannu, 4 in Mardan, 3 in Lucky Marwat, 5 in Tank, 3 in Buneer and one from districts of Ghar and Noshera each.

23 polio cases were reported in Sindh this year, 21 out of which belonged to provincial capital Karachi whereas one of the victims is a resident of Sanghar and one is from Dadu.

3 cases were reported in Quetta, provincial capital of Balochistan whereas 3 cases appeared in Qila Abdullah and one in Zhob adding the figure to 7.
Only 3 polio cases were registered in Punjab, one from Bhakkar, Chakwal and Sheikhupura each.