Eid-ul -Azha being celebrated in parts of KPK, FATA 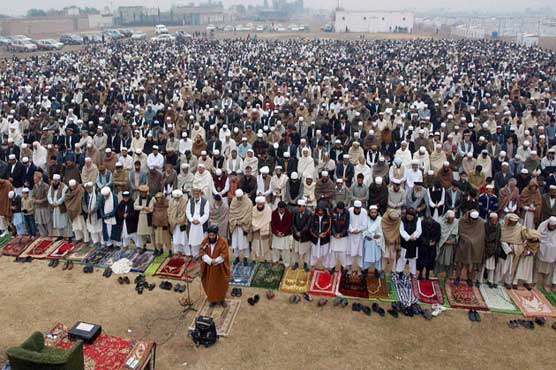 Special prayers were offered for the security and progress of the country.

Eid prayers held in Bannu Jama mosque were attended by a large number of citizens including internally displaced persons (IDPs). Special prayers were also offered for the security and progress of the country.

Following the Eid prayers, the zealous citizens performed animal sacrifice, an obligatory duty for every well to do Muslim.

However, in Bajaur Agency, the officials and Khaar residents will celebrate Eid with the entire country on Monday.

The rest of the cities of Pakistan will be celebrating Eid on Monday. The government has announced three official holidays for the festival from Monday to Wednesday.

US President greets Muslims on Eid-ul-Azha