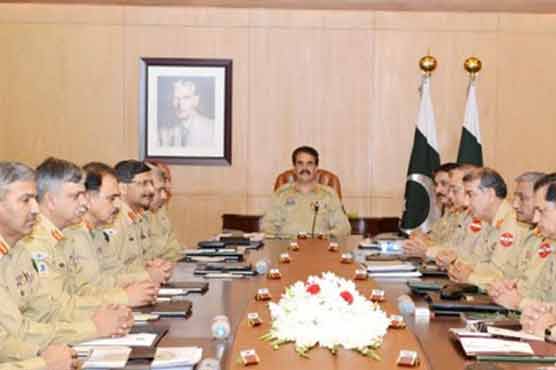 Army chief praised the accomplishments of the Operation Zarb-e-Azb so far.

According to the details, the corps commander conference took place at the General Headquarters (GHQ) under headship of the army chief General Raheel Sharif in which the professional military affairs were reviewed.

The participants of the corps commander conference were given detailed briefing on the internal and external security of the country.

Army chief praised the accomplishments of the Operation Zarb-e-Azb so far and expressed complete satisfaction over the progress of the North Waziristan operation.