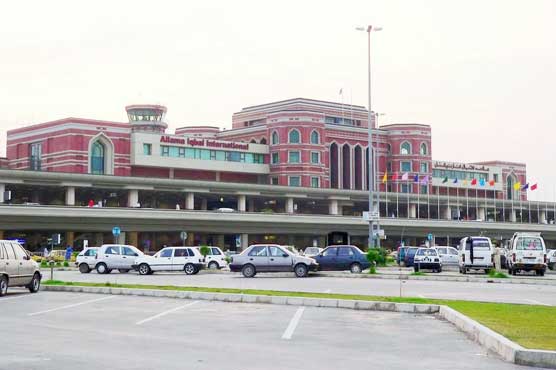 LAHORE: (Dunya News) – A controversy stirred up at Allama Iqbal International Airport, Lahore, today (Sunday) when the Customs officials recovered some smuggled items from PIA staff of the flight PK-758 that had arrived at Lahore Airport from London. Staff refused to fly the plane later from Lahore to Manchester as a protest but after the intervention by senior officials of PIA the staff agreed to fly the aircraft.

According to the details, PK-758 had arrived in Lahore from London. Customs officials questioned the pilot, Chairman PALPA Aamir Hashmi, who had more than the permitted 5000 British Pounds along with him. Customs officials recovered 24 Iphone-6 mobile phones and other electronic goods from the flight crew.

After getting affirmance from the flight crew, Customs officials allowed them to leave. But pilot of PK-709, which had to leave for Manchester from Lahore, refused to fly the plane as a protest and demanded the affirmances to be taken back. Later, senior officials intervened to get the issue resolved and crew agreed to start the flight operation. Officials have assured to resolve the matter in legal way.

Another PIA flight airlifts 1.5m doses of anti-COVID vaccine from China to Pakistan

PIA, private airlines' fares increase by over 100pc ahead of Eid