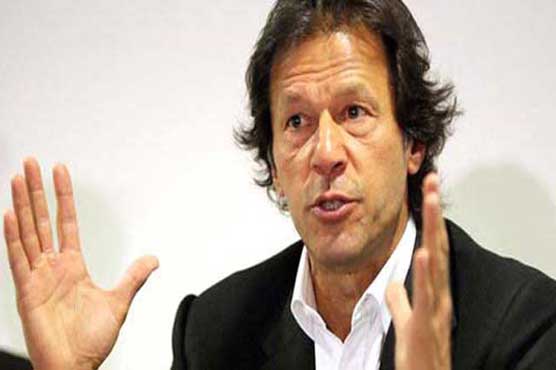 The PTI chief says murder of four innocent persons in the holy month of Ramadan is a vicious act.

In a statement on Friday, Imran Khan said that Mosque is a peaceful place and those who were involved in bloodshed had nothing to do with Islam. He urged the Balochistan government to improve law and order situation in the province. The PTI chief demanded to bring the culprits to justice.

Earlier, at least four people were killed in firing outside a mosque in Satellite Town area of Quetta after Friday prayers, Dunya News reported.

Police sources revealed that two armed men riding a bike opened fire at four people while they were leaving the mosque after offering Friday prayers. The injured were taken to the hospital but died on the way, according to the sources. Police and the rescue service arrived on the spot soon after the incident.

The investigation for the killings is underway. The firing incidents are not unusual in Quetta. Violence continues to plague Quetta as fourteen people were injured in different firing incidents in Quetta on Wednesday.

According to the police, the first incident happened at Qambrani Road where seven persons were injured in a clash between two groups.

However, the second incident took place at Joint Road where five people were injured as an unknown group of men opened fire at a shop nearby. The wounded were shifted to the hospital and five of them are in critical condition.