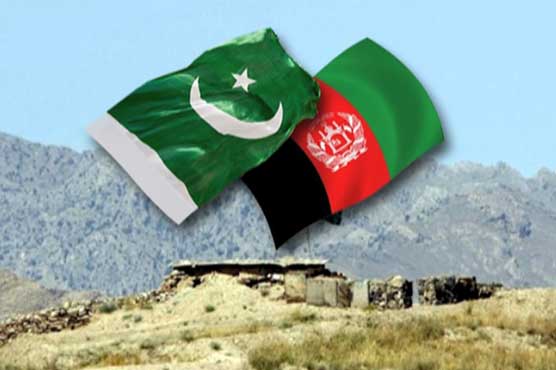 Terrorists' sanctuaries in Afghanistan and cross border shelling discussed during the meeting.

ISLAMABAD (Web Desk) - Pakistan and Afghanistan have agreed to evolve a mechanism to ensure better coordination at their common borders.

The understanding came at a meeting between the military delegations of the two countries at General Headquarters in Rawalpindi on Thursday.

A detailed briefing was given on border coordination mechanism, issue of terrorists sanctuaries in Kunar and Nuristan provinces of Afghanistan.

It also covered attacks on Pakistani border villages and posts from these sanctuaries. Issue of cross border shelling also came under discussion.

The Afghan delegation was told that Pakistan only fires back in self defence when Pakistani border posts are physically attacked or fired upon by terrorists from Afghan territory and no indiscriminate firing is carried out.