Four new polio cases emerge in Pakistan in one day 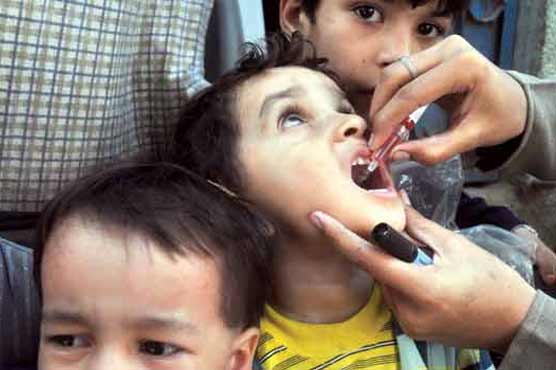 Four new polio cases emerge in Pakistan in one day

During the same period last year there were fewer than 20 reported cases.

According to the National Health Department, each polio case has been confirmed in Peshawar, Mardan, Bannu and Miranshah.

Earlier on Friday, polio virus was detected in one-year-old child namely Murad in Landhi area of Karachi, bringing the toll in the city to 7 this year.

Polio is a highly infectious viral disease that primarily affects young children. It can lead to paralysis and death. The virus is easily preventable through immunization, but there s no cure once it is contracted.

Pakistan is one of only three countries, along with Afghanistan and Nigeria, where polio remains endemic, and efforts to eradicate it have been badly hit by rumours about the vaccine.

Various outlandish claims have circulated about the drops -- that they contain pork, or cause infertility or AIDS.

Also, Tehreek-e-Taliban targeted polio teams many a times since the campaign was used by the Central Intelligence Agency (CIA) to collect intelligence under the guise of an immunization effort in the city of Abbottabad as part of planning for the May 2011 raid on Osama bin Laden’s compound.

Even before those revelations, the Taliban in Pakistan had already opposed Western-backed vaccination campaigns, claiming that they were secret efforts to sterilize Muslim children. But the CIA’s actions helped fuel an armed backlash against immunization workers, reportedly killing 56 people between December 2012 and May 2014. The victims include not just medical workers but police officers assigned to guard them.

Pakistan recently imposed new travel guidelines after the WHO move, requiring all citizens and long-term residents to have a polio vaccination certificate to travel abroad.