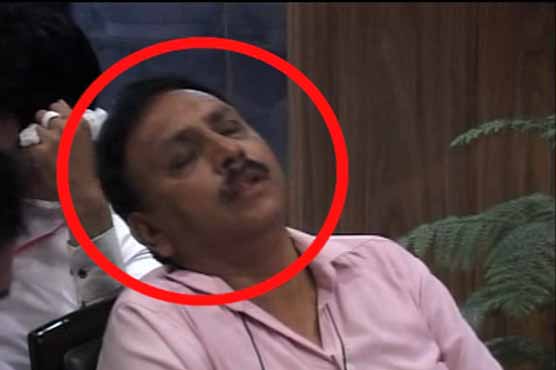 Zulfiqar Shah was taking pictures during an event to FPCCI when the policemen attacked him.

SHO along with other policemen manhandled Roznama Dunya reporter when he was covering an event at The Federation of Pakistan Chambers of Commerce and Industry (FPCCI).

The chief minister has ordered strict action against those involved in the incident.

Zulfiqar Shah, the photographer of Roznama Dunya, said that there were fifteen police officers including SHO who attacked him with sticks. He said he was kept hostage for three hours and threatened by the police.

SHO Imran Qamar claimed that he is not afraid of Chief Minister or IG, the photographer said.

On the other hand, Photo Journalists Association has demanded from the authorities to remove SHO Sarwar Road from his post.