Karachi: Report over deaths of infants in private hospital finalised 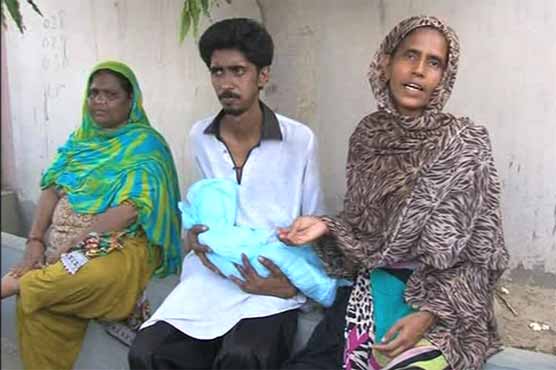 The infants died on Friday after the medical facility allegedly ran out of oxygen supply.

KARACHI (Web Desk) – Korangi Industrial Area Police have prepared investigation report over deaths of infants at a private hospital in Karachi’s Korangi area, Dunya News reported on Saturday.
According to report, doctor’s absence was main reason behind deaths of four infants. The doctor kept giving directions to the technician via phone call.
The infants aged between one to three months were identified as Samia, Mustafa, Shaista and Uroosa.
Korangi police have arrested a suspect namely Ramzan Shah and raids are being conducted in Karachi and interior Sindh to arrest other two suspects Doctor Tariq Shah and Doctor Adnan.
The action was taken on the orders of Governor Sindh Ishratul Ibad.