Pak Army capable to deal with any aggression: Army Chief 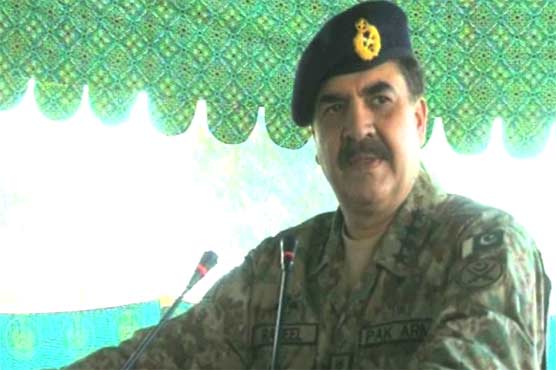 Army Chief said that Pakistan Army is a symbol of unity.

QUETTA (Dunya News) – Chief of Army Staff General Raheel Sharif said on Saturday that Pakistan Army is a symbol of unity, adding that the army is ready to respond to any sort of aggression, Dunya News reported.
According to Inter Service Public Relations (ISPR), Army Chief visited Command and Chief Staff College Quetta. Addressing the participants of the course, he said that Pakistan Army is the symbol of unity and that it is fully capable to handle any sort of aggression.
He said that Pakistan Army has the distinction of successfully fighting the threat on two different fronts, adding that Pak Army’s sacrifices are regarded with respect across the world.
Army Chief emphasized the future leadership that they should remain aware of the global and regional changes and always focus on the professional training.
Army Chief received a special welcome upon arrival to Quetta by Commander Southern Command Lieutenant General Naseer Khan Janjua.