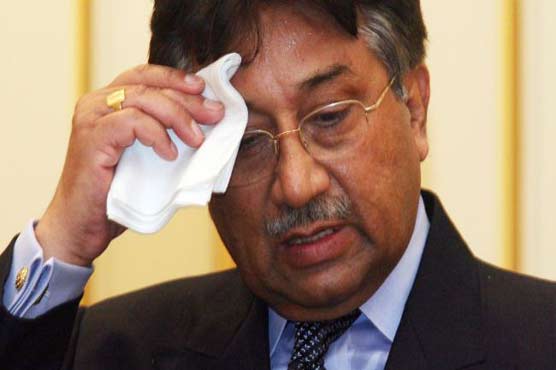 During the hearing of the case in Quetta, former interior minister Aftab Sherpao and former provincial home minister Mir Shoaib Nowsherwani appeared in the court

Officials of Crime Branch told court that directives regarding arrest of Musharraf’s two guarantors were not implemented.

The court then ordered for the production of Musharraf in the next hearing and warned that arrest warrants will be issued against the ex-president if he failed to appear before it.

Later, the court adjourned the hearing until April 21.

Baloch nationalist leader Nawab Akbar Khan Bugti was killed in August 2006 in an explosion in a cave where he had taken refuge during a military crackdown ordered by Musharraf who was president and army chief at the time.

Bugti had led an armed campaign to press for provincial autonomy and a greater share of profits from Balochistan’s natural resources.