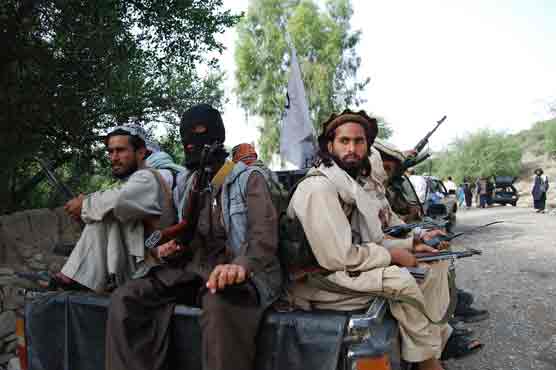 Local chief of Tehreek-e-Taliban from FR Bannu along with two companions was killed on Tuesday.

NORTH WAZIRISTAN (Dunya News) - According to the sources, Maulvi Saifuddin, local chief of banned Tehreek-e-Taliban from FR Bannu was returning from Haesoor area of Miranshah along with his two companions when a suicide bomber collided his ammunition-laden vehicle with their van in Moski area of Mir Ali.

Maulvi Saifuddin and his two bodyguards died on the spot. According to banned TTP sources, the blast was remote-controlled.