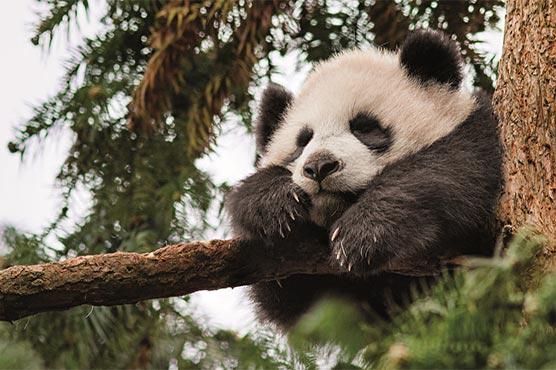 A man snorkels in an area called the "Coral Gardens" near Lady Elliot Island, on Great Barrier

PARIS (Reuters) - One million animal and plant species are at imminent risk of extinction due to humankind’s relentless pursuit of economic growth, scientists said on Monday in a landmark report on the devastating impact of modern civilization on the natural world.

Scientists made an impassioned appeal to governments and businesses worldwide to confront “vested interests” they said were blocking reforms in farming, energy and mining needed to save the Earth’s ecosystems.

“If we want to leave a world for our children and grandchildren that has not been destroyed by human activity, we need to act now,” said Robert Watson, who chaired the study, produced by the Intergovernmental Panel on Biodiversity and Ecosystem Services (IPBES), which groups 130 countries, including the United States, Russia and China.

“If we do not act now, many of the million threatened species will become as extinct as the dodo on this tie,” Watson told a news conference in Paris, gesturing to his tie, which bore a design of the flightless bird.

Known as the Global Assessment, the report found that up to one million of Earth’s estimated eight million plant, insect and animal species is at risk of extinction, many within decades.

It identified industrial farming and fishing as major drivers of the crisis, with the current rate of species extinction tens to hundreds of times higher than the average over the last 10 million years.

Climate change caused by burning the coal, oil and gas produced by the fossil fuel industry is exacerbating the losses, the report found.

“We are facing a human extinction crisis,” said Hoda Baraka of 350.org, a climate change campaign group based in the United States. “We must work together to push back against the fossil fuel industry fuelling the climate crisis and for long-lasting and meaningful change.”

The largest, most comprehensive study ever undertaken of the conjoined fates of human wellbeing and the natural world, the report was finalised in Paris after intense negotiations between IPBES members that concluded at 0300 a.m. on Saturday.

The report represents a cornerstone of an emerging body of research that suggests the world may need to embrace a new “post-growth” form of economics if it is to avert the existential risks posed by the cascading effects of pollution, habitat destruction and climate change.

Compiled over three years and based on 15,000 scientific papers, the report identified a range of risks, from the disappearance of insects vital for pollinating food crops, to the destruction of coral reefs that support fish populations and the loss of medicinal plants.

The threatened list includes more than 40 percent of amphibian species, almost 33 percent of reef-forming corals, sharks and shark relatives, and more than a third of all marine mammals. The picture was less clear for insect species, but a tentative estimate suggests 10 per cent could become extinct.

Publication of the report has coincided with an upsurge in environmental activism by groups including Extinction Rebellion, whose civil disobedience campaign forced the British parliament this month to declare a climate emergency.

The report’s blunt language echoed the United Nations’ Intergovernmental Panel on Climate Change, which said in October that profound economic and social changes would be needed to curb greenhouse gases quickly enough to avert the most devastating consequences of a warming world.

The findings will also add to pressure for countries to agree bold action to protect wildlife at a major conference on biodiversity due to take place in China towards the end of next year, reinforcing a growing recognition among policy-makers that the extinction and climate crises are deeply interconnected.

“We have reconfigured dramatically the life of the planet,” said Eduardo Brondizio, a professor of anthropology at Indiana University in the United States who co-chaired the report.

“The key message: business as usual has to end.”