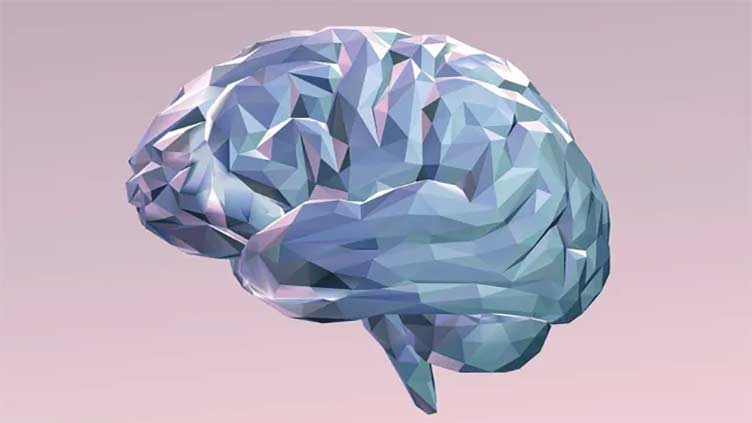 ISLAMABAD, (Online) - Changes to cognitive function during the aging process are relatedTrusted Source to the brain’s white and gray matter volume.

Studies also show that regular exerciseTrusted Source, strong relationships, and passion are key to maintaining a healthy brain during the aging process.

In a recent paper, researchers performed a thorough review of the extensive body of literature available on the link between brain physiology development, and physical activity, social relationships, and passion. Based on the evidence, they report that increased passion for an area or skill leads to more physical activity, more social relationships, and better well-being.

“[From our research], we have found that passion- or strong interest- may be a [key motivational factor for achievement and well-being] as it sets the direction of the arrow,“ Hermundur Sigmundsson, Ph.D., professor of psychology at the Norwegian University of Science and Technology, the lead author, told Medical News Today.

“Therefore, we say: Find your passion and develop it! Grit, or perseverance, is the size and strength of the arrow. Find your interest area and focus on the process. [Be ready to] take challenges! Challenges are key for development!” he added.

The paper was recently published in a special issue of Brain Sciences.

Observational studies indicate that an active lifestyle is helpful for maintaining cognitive and neurological health across age groups — especially in higher order processes such as switching between tasks, working memory, and cognitive inhibition.
The researchers noted in their paper that intervention studies had confirmed these findings.

For example, older adults who underwent 1 hour of aerobic training 3 times per week for 6 months had increased gray and white matter volume compared to controls.

Other research shows that physical activity increases functionality in brain areas linked to attention and attention control, daily life activities, and cognitive reserve, a reserve of thinking abilities that acts as a buffer against age-related cognitive decline.

Imaging studies have demonstrated that larger social networks are linked to a larger orbitofrontal cortex — involved in decision-making — and amygdala volume.

In addition, randomized control trials have shown that social relations may enhance cognitive reserve, and interventions have shown that increased social interaction in communities is linked to better cognitive function and larger brain volume.

Other studies, however, indicate no link between social relations and cognitive function later in life. The researchers thus suggest that more robust evidence from randomized controlled trials is needed to demonstrate causality.

In their paper, the researchers defined passion as “a strong feeling toward a personally important value/preference that motivates intentions and behaviors to express that value/preference.”

Other research has found that passion is related to more deliberate practice among football players and better well-being and performance among workers.

The researchers also noted that passion might thus be important for maintaining neural plasticity. They wrote: “…hence repetition, use it or lose it, use it and improve it and intensity.”

An example of this is someone who is passionate about learning new languages. The researchers wrote that passion could motivate an individual to practice the second language more and thus strengthen their gray matter, neural cells, and connections.

They also noted that psychological traits such as grit and a growth mindset have also been linkedTrusted Source to the development of gray matter in different parts of the brain.

The researchers further cited a number of articles that suggest impaired motor function, antisocial behavior, depression, and anhedonia (the inability to feel pleasure) are common in neurodegenerative and psychiatric disorders and in the natural aging process.

They thus suggested that a “vicious cycle” may be at play: less physical activity may promote less social engagement and lower well-being.
“Passion gives direction to the area of interest, which could be related to the dopamine system, which is central in attention, learning, goal-directed behaviors, and rewards. Passion may be providing the focus essential for long-term goal achievement,” wrote the researchers.

When asked how physical activity, socializing, and passion improve brain health, Art Kramer, Ph.D., professor emeritus in the department of psychology at the University of Illinois Urbana-Champaign, not involved in the research, told MNT:

“The animal literature suggests a number of brain changes associated with physical activity, including new neurons in brain regions that support memory, more connections among neurons (called synapses), and increases in vascular structure. Increases in neurotransmitters and nerve growth factors (among other changes) have also been associated with increases in physical activity in animal models.”
– Art Kramer, Ph.D., professor emeritus at the University of Illinois Urbana-Champaign

The researchers concluded that physical exercise, social interactions, and passion are key to maintaining brain health.

When asked about the paper’s limitations, Dr. Sigmundsson noted that their article is just a review and that intervention studies focusing on increasing passion, physical activity, and social engagement need to be carried out to confirm their hypotheses.

Dr. Kramer added: “There are a number of limitations, including how best to personalize these factors to enhance cognitive and brain function in individuals as well as how best to combine intellectual engagement, physical activity and social interactions to maximize their benefits across the lifespan and with non-patients and patients alike.”