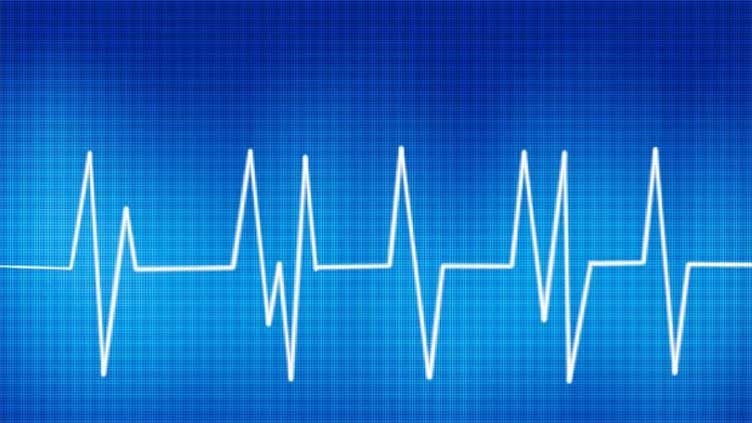 Islamabad, (Online) - The human heart beats 100,000 times a day pumping blood around the body. It beats a regular rhythm that changes in response to the body’s activity.

Each heartbeat starts with an electrical impulse — abnormal electrical signals result in an abnormal heartbeat, called arrhythmia. Up to an estimated 5%Trusted Source of the population of the world has arrhythmia.

Atrial fibrillation (AFib) — where the heart beats quickly and irregularly — is the most common type of arrhythmia, affecting over 33.5 millionTrusted Source people worldwide and with an estimated 5 million new cases annually.

How do you fix arrhythmia?

Arrhythmia can be treated by medication, but in more serious cases devices such as pacemakers are used to control the heart rate.

Pacemakers are small devices implanted under the collarbone with wires connecting to the heart, the device recognizes when a heartbeat is missed or irregular and it sends an on-demand impulse to the heart to regulate it.

According to a National Health Interview SurveyTrusted Source in the United States, almost three in every 1,000 people have a pacemaker fitted.

New research from a collaboration between the University of Arizona and Northwestern University has led to the development of a wireless, battery-free pacemaker, able to predict cardiac events and provide more subtle stimuli to specific cells.

The study appears in Science Advances.

The new mesh device is digitally manufactured, with four thin-film leaves that wrap around the heart. They “are ultra-thin and geometries are engineered to enable soft mechanics to reduce impact on the organ,” study co-author Dr. Philip Gutruf assistant professor and Craig M. Berge faculty fellow at the University of Arizona told Medical News Today.

Lighting the way to new treatment

Optogenetics is a technique based on the introduction of genes for light-sensitive proteins to specific cells, the modified cells express light-sensitive ion channels which allow them to be controlled by light.

“Optogenetics is a technique which is based on the interaction of light with a light-sensitive channel called opsin. By design, opsins are expressed using transgenic technology in specific cells, in myocytes — cardiac muscle cells.”

Targetting specific cells according to the scientists can be a more efficient offering a pain-free alternative to current electrical treatments.

“It is important to note however that pacing does not activate pain receptors in the heart and patients with pacemakers typically do not feel any symptoms at all,” explained Dr. Shephal Doshi, cardiac electrophysiologist and director of cardiac electrophysiology and pacing at Providence Saint John’s Health Center in Santa Monica, CA.

Speaking to MNT, Dr. Doshi said that “the biggest impact the study has is potentially allowing defibrillation or shocking of the heart for those patients who have weak hearts to be done in a less painful manner,” explaining that “when patients have defibrillation of the heart muscle they often do feel discomfort because the electrical current also affects other muscles in the body.”

In the current study, the researchers implanted the wireless, battery-free pacemaker device into mice for 3 weeks to assess its sensing, stimulation, and computation capabilities. Once implanted the device was able to monitor the mice’s heart rate comparable to external ECG recordings.

Dr. Doshi, who was not involved in the study, said that “[t]his article and clinical work are very interesting in that the device can potentially be battery-free.”

“With regards to battery life, however, the current pacing and defibrillating devices typically last 10 years or longer, and the potential of having battery-free technology could be helpful to patients, but unlike this novel device described in the article current devices and leads are easy to implant and do not require a large wire mesh in the heart,” he pointed out.

Speaking to MNT, Dr. Gutruf described how the device can be shaped to fit the heart limiting any damage. The group used “neural net enabled feature tracking to not only take the shape of the heart into account but also the mechanics beat to beat. The way this works is by taking a video — ex vivo heartTrusted Source, CT, MRI etc. — of the beating heart and tracking the outline digitally.”

“This provides information on the topology which we use to engineer the mechanics of the device to fit the heart dynamically,” he added.
What are the next steps?

In an interview with MNT, Dr. Efimov commented on whether the breakthrough has the potential for human treatment:

“Yes, that’s the idea — to translate this novel technology to humans. But first, we will need to develop a new step-device for a model of arrhythmia in large animals, swine or sheep, which have much closer resemblance with the human cardiovascular physiology than rodents.”

He went on to say that “previous tests showed good evidence of safety and lack of damage during chronic implants in rodents,” saying that the next step for this work is to “develop a scaled-up device for a large animal model and demonstrate its safety, efficacy, and longevity.”
For this technology to be taken forward, the researchers “[need to get funded to develop the next step in this technology — a human-sized device to test it in a large animal model of cardiac arrhythmia and heart failure,” commented Dr. Efimov.

Dr. Gutruf agreed that “funding through national agencies such as the NIH is critical to drive technology availability.”