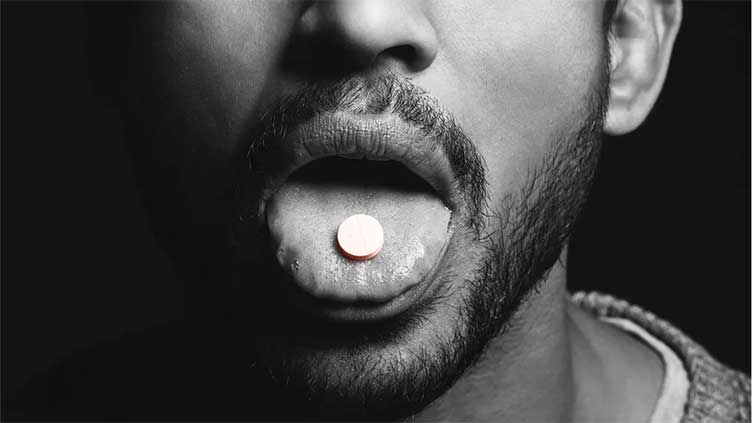 ISLAMABAD, (Online) - Almost 40%Trusted Source of adults in the United States have high cholesterol, which increases the risk of several health conditions, including heart disease and stroke.

Currently, PCSK-9 inhibitors are limited in use as they must be administered as shots. Further research into them could expand their use as an alternative to statins.

Their experimental treatment reduced PCSK9 levels and lowered LDL cholesterol in mice by 70%.

“This is of exceptional interest because until now, we have only seen benefits from nitric oxide-based therapies on blood vessel health,” Dr. Rigved Tadwalkar, a board certified cardiologist at Providence Saint John’s Health Center in Santa Monica, California, who was not involved in the study, told Medical News Today.

“Since some people either have or perceive to have side effects from statin medications, this could be an alternative, although we would first need to see how the drug would fare against other established therapies when it comes to longer-term clinical outcomes.”
— Dr. Rigved Tadwalkar

The study was published in Cell ReportsTrusted Source.

How nitric oxide may help cholesterol

Previous research demonstrates that a NO-derived molecule regulates the biosynthesis of cellular lipids in yeast.

The researchers thus sought to see if a similar molecule could regulate blood lipid levels in human cell lines and mice.

To begin, they investigated the effects of a NO-derived compound on human cell lines. They found that the molecule could moderate PCSK9 levels.

The researchers next explored the effects of a NO-derived molecule—AL-1576—on mouse models. After four weeks of oral treatment, their LDL and HDL cholesterol were reduced by 50% and 20%.

They then tested the compound on mouse models of high cholesterol. After eight weeks of treatment, their LDL and HDL cholesterol fell by 70% and 25%, respectively.

To understand how the new treatment works, MNT spoke withDr. Murray W. Huff, professor emeritus at the Departments of Medicine and Biochemistry at The University of Western Ontario, who was also not involved in the study.

Dr. Huff noted that the drug observed in this study works by targeting an enzyme in the liver that leads to a cascade of cellular events that prevent PCSK9 from being secreted.

How it’s different from statins

When asked how PCSK9 inhibitors work differently from statins, Dr. Robert Salazar, a cardiologist with Memorial Hermann in Houston, Texas, who was not involved in the study, told MNT:

“PCSK9 Inhibitors reduce cholesterol levels by increasing the removal of bad cholesterol (LDL-C) already circulating in the blood by the liver.

This is a different mechanism from statin medications, which reduce cholesterol levels by reducing the liver’s production of cholesterol from dietary fat.”

Dr. Tadwalkar added that while PCSK9 inhibitors and statins work in different ways, the ‘result is the same, which is [increased numbers] of LDL receptors.’

Will it work in humans?

When asked about the study’s limitations, Dr. Rob Hegele, professor of medicine and biochemistry at Western University, who was not involved in the study, told MNT:

“The authors are mainly describing a new pathway within the liver that regulates cholesterol levels. The action of their new drug is almost an afterthought. The overall work is very basic and is still at a very early stage.”

“The studies were mainly performed in mice with no human studies, so it’s not even clear whether these pathways are relevant in people.

There are dozens of examples in the cholesterol field of mechanisms and drugs that looked promising in animals but then didn’t pan out and got lost in translation to humans,” he said.

“The biggest question I have about this approach is the specificity for PCSK9, as I would imagine other proteins are influenced by SCoR2 and, therefore, by its inhibition. This raises questions about the safety of this approach, which would clearly need to be tested preclinically and clinically.”
— Dr. Dan Rader, professor of molecular medicine at Penn Medicine, also not involved in the study, speaking to MNT
Dr. Subroto Chatterjee, professor of pediatrics and director of the Sphingolipid Signaling and Vascular Biology Laboratory, who was not involved in the study, told MNT:

“A consistent decrease (20-25%) in HDL the “good cholesterol” in […] needs to be discussed in light of the decreased level of HDL in aging/postmenopausal women, men and a large group of patients with the ‘metabolic syndrome’, type 2 diabetes and obesity.”

The researchers said that their findings might extend beyond cholesterol and also impact cancer treatments.

“PCSK9 not only targets LDL receptors for degradation; it also mediates the degradation of MHC 1 on lymphocytes, which is used for recognition of cancer cells. PCSK9 is effectively preventing your lymphocytes from recognizing cancer cells. So, if you inhibit PCSK9, you can boost the body’s cancer surveillance,” Dr. Stamler said.

“There may be an opportunity one day to apply these new drugs to that need,” he added.

Dr. Chattergee said that while PCSK-9 may degrade MHC-1 on lymphocytes, reducing PCSK-9 may also reduce the recognition of cancer cells. He continued, however, that studies show PCSK-9 improves the efficacy of certain colorectal cancer treatments.

“Cholesterol is required in tumor growth and metastasis. Thus lowering cholesterol levels in cancer tissue may be helpful. But statin therapy has not been useful in cancer,” he said.

“Moreover, studies show that alirocumab, an antibody against PCSK-9, does not affect inflammation, [thickening of scar tissue], [formation of new blood vessels] etc. So the jury is out there to determine the use of PCSK -9 inhibition in cancer therapy,” he added.

Dr. Shannon Hoos-Thompson, a cardiologist at The University of Kansas Health System, who was not involved in the study, saidthat more research is needed before the drug becomes a potential treatment for cholesterol.

“Cancer and heart disease have many similar risk factors. The hypothesis here is entirely a hypothesis and has no cause/effect proven at this time,” she told MNT.

“The bottom line is that this lab science is still far from becoming a potential therapy in daily medical practice for heart disease or anything else. Science is always building on what we have previously learned and how we can understand and use it better.”
— Dr. Shannon Hoos-Thompson