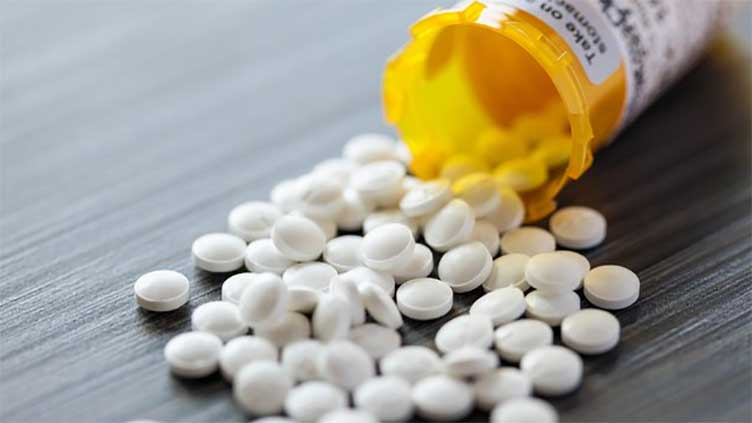 NEW YORK (AP) — Have U.S. drug overdose deaths stopped rising? Preliminary government data suggests they may have, but many experts are urging caution, noting that past plateaus didn’t last.

U.S. overdose death rates began steadily climbing in the 1990s driven by opioid painkillers, followed by waves of deaths led by other opioids like heroin and — most recently — illicit fentanyl. Last year, more than 107,000 Americans died of drug overdoses — the highest tally in U.S. history.

On Wednesday, the Centers for Disease Control and Prevention released provisional data on what happened through the first six months of this year. The news appears to be hopeful.

Provisional data indicates U.S. overdose deaths fell three months in a row. The CDC estimated there were about 107,600 overdose deaths for the 12-month period between July 2021 and June 2022. That’s 40 fewer than in the 2021 calendar year.

“Today’s data continue to show a hopeful trend of a decrease in overdose deaths,” but more prevention and treatment work is needed, Dr. Rahul Gupta, director of the White House Office of National Drug Control Policy, said in a statement Wednesday.

Indeed, the decline is uneven. Only eight states reported fewer overdose deaths, while all the others showed continued increases. And only four states — Maryland, Ohio, Pennsylvania and West Virginia — reported sizable overdose death decreases of 100 or more, compared with the previous July-to-June period.

Those few states, which have had some of the nation’s the highest overdose death rates, appear to be at the root of the national improvement this year, said Brandon Marshall, a Brown University public health researcher who tracks overdose trends.

Officials in the four states said there was no single explanation, but they believe recent efforts may be paying off. They cite social media and health education campaigns to warn the public about the dangers of drug use, expanded addiction treatment and wider distribution of the overdose-reversing medication naloxone.

“I’m so proud of everything going on in this state,” said Robin Rickard, executive director of Maryland’s Opioid Operational Command Center. She singled out naloxone access, saying: “I think that has had a huge, huge impact on our fatality numbers, quite frankly.”

Rickard and other state and federal officials are not declaring victory, however. Gupta called for more federal funding to bolster prevention and treatment.

Some researchers are doubtful overdoses have peaked. Instead, they think a spike occurred during the COVID-19 pandemic, when lockdowns and other restrictions isolated those with drug addictions and made treatment harder to get.

“We may just be returning to a pre-COVID level. I think we’ll need at least a year more of data to confirm that,” said Erin Winstanley, a West Virginia University researcher focused on the overdose epidemic’s health effects.

Deaths from illicit drugs are not only a public health crisis but also a political issue. About three-quarters of voters in the midterm elections this month said they were concerned about the use of opioids in their community, including about a third who are “very” concerned, according to AP VoteCast, a survey of more than 94,000 midterm voters nationwide.

Researchers have seen false plateaus before. Overdose deaths seemed to be leveling off for a couple of months in the spring of 2021 before rising again.

There may also be lessons from 2018. That year, there were about 67,000 U.S. drug overdose deaths, a 4% drop from 2017. The numbers were celebrated, with President Donald Trump declaring “we are curbing the opioid epidemic.” Officials attributed the improvement to tougher policing, treatment program expansions, policies to limit opioid painkiller prescriptions and wider distribution of naloxone.

But some University of Pittsburgh researchers later concluded the improvement was largely the result of a 2017 change in China’s regulation of the powerful opioid carfentanil. That change cut U.S. supplies of the drug and was followed by dramatic declines in overdose deaths in a handful of states.

Researchers who doubted that 2018 heralded the start of an enduring decline turned out to be right: The numbers rose in 2019 and then soared when the COVID-19 pandemic hit.

Dr. Donald Burke, former dean of Pitt’s school of public health, was one of the authors of the carfentanil paper. He said he doesn’t know what might explain the recent apparent decline, though he suggested that social isolation has lessened as the pandemic waned.

He said the longstanding rise in U.S. overdose deaths has mostly been steady, with occasional accelerations followed by slowdowns. He expects that grim pace to resume.

“You can’t celebrate every time you see a slight downturn,” he said.