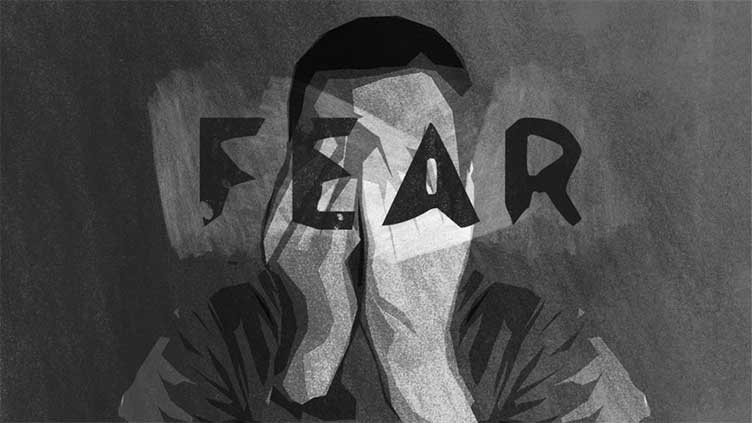 ISLAMABAD, (Online) - According to statistics, approximately 284 million people worldwide experienced an anxiety disorder in 2017. Data also suggests that around 12 million adults experience post-traumatic stress disorder (PTSD) in the United States in any given year.

One of the primary causative factors among these mental health conditions is excessive fear.

Fear is a natural emotion that helps ensure a human or animal responds appropriately to danger. Still, it can become excessive in some individuals and may lead to mental health conditions, including anxiety and PTSD.

Despite the known facts about fear-based conditions, the mechanisms behind how the brain regulates fear are not well understood.

Recent researchTrusted Source uncovered evidence on how these brain regions communicate fear — specifically, the pathways in the brain that transmit threat cues to the amygdala. The scientists who conducted the study also suggest these pathways are involved in creating unpleasant fearful memories.

Now, a new studyTrusted Source from researchers at Linköping University, Sweden, may offer more clues as to how these fearful memories are processed and stored in the brain.

The scientists found that reduced levels of an epigenetic enzyme called PRDM2 affect specific genes in the brain, resulting in increased nerve cell activity between the frontal lobes and the amygdala.

The researchers suggest this biological mechanism impacts how the brain strengthens and holds onto fear-related memories. Their discovery might also offer insight into the links between anxiety disorders and AUD.

Their research appears in the journal Molecular PsychiatryTrusted Source.

As scientists uncover more evidence on specific brain pathways and mechanisms that may contribute to AUD and fear-based mental health conditions, it may lead to new treatment options.

Dr. Ratush explained that currently, “there are many directions that are taken to treat fear-based disorders. Some focus on the fear circuits’ intensity with breathing exercises, meditation, and mindfulness.”

He said that “many psychotherapy modalities attempt to amplify the connectivity between emotional regions and cognitive analytical regions,” while more modern therapies had more specific targets.

“Newer technological strategies employ electrical stimulation — directly and indirectly — to enhance or interrupt a relevant circuit. And of course, medications focus on the [neuro] transmitters most associated with these circuits,” Dr. Ratush said.

Dr. Loftus explained that with EMDR and neurofeedback therapy, patients can be “guided through treatment to retrain the brain and neurological pathways that are involved with PTSD and fear-based anxiety symptoms.”
Still, Prof. Barbier noted:

“We currently do not have the technology to increase PRDM2. However, genes that are regulated by PRDM2 can also be good candidate[s] for pharmacotherapies to treat AUD and anxiety disorders.”

“Our findings suggest that PRDM2 may be a shared mechanism between AUD and anxiety disorders. Therefore, this may also lead to the discovery of candidate targets for treating the comorbid condition.”
— Estelle Barbier, lead author