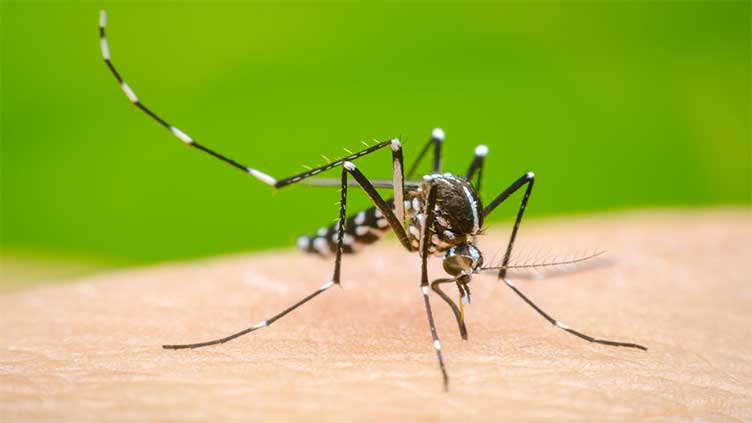 PESHAWAR, (APP) - Unaware of being a victim of dengue virus, Bakht Zaman (52), a poor donut vendor was busy in his routine business on Ring Road to earn livelihood for his family when suddenly he felt ache and rising temperature in whole body that compelled him to go back to home for rest.

Bakht Zaman, the father of seven and a resident of Shahi Bagh Peshawar was immediately rushed to the lady reading hospital (LRH) by his elder son when his health deteriorated last night.

Laying on Bed-No 2 in dengue ward of LRH, Zaman who belonged to Chagarzai tehsil of Buner district and presently settled near Shahi Bagah Peshawar has undergone to various medical tests and later was diagnosed with dengue virus and was shifted to isolation ward for treatment.

“I had migrated to Peshawar from Chagarzai Buner district a few years ago in search of a job. Last night, I felt severe pain in my body, bones and around my eyes besides high temperature and vomiting. I immediately called my sons to shift me to hospital as the pain was unbearable,” said Zaman while talking to APP.

“Initially, I was thinking it was a routine temperature or may be malaria but the doctors after medical tests diagnosed me as a dengue patient and admitted me in the male dengue ward for treatment,” he said.

Professor Dr Zubair Bhattai, focal person for dengue treatment programme at LRH said that patients of dengue were increasing in the hospital, especially people from flood hit districts of Khyber Pakhtunkhwa as they were more vulnerable to the viral disease.

He said majority of dengue patients were coming from Peshawar, Nowshera, Charsadda and merged tribal districts for whom two separate male and female wards were set up having 31 beds in the KP’s largest health facility.

Another patient of dengue virus Ayub Khan, (54) who was brought to LRH from Inayat Kalay in Bajaur district was lying unconscious after decrease in the platelet counts.

“My Baba Jan was complaining about pain in joints from the last two days and we took him to a local physician at Khar Tehsil, headquarter of Bajaur who referred him to LRH after his health condition started deteriorating due to dengue ailment,” Muhammad Shoaib, the son of Ayub Khan told the news agency at dengue ward of the hospital.

He said public health infrastructure including hospitals, basic health units and rural health centres were badly affected by floods in Bajaur as a result of which serious patients were being referred to Peshawar.

Dr Zubair Bhatti of LRH said 18 new cases were reported including seven from Peshawar, two from Orakzai, one each from Nowshera, Kurram, Buner, Bajaur, Mardan and one Afghanistan out of whom 11 patients were admitted.

Dr Bhatti said the number of dengue patients especially from flood-affected districts including Charsadda, Nowshera and merged tribal districts have increased due to damage of health infrastructure including hospitals, basic and rural health units there.

The health department KP officials said that the devastating floods of August 28 started from Mataltan and Kalam valleys Swat had destroyed about 56 health structures and damaged about 200 health facilities including hospitals, basic health units and rural health centres inflicting an estimated loss of Rs3.196 billion.

He said that 16 civil dispensaries were destroyed including four in Abbottabad, five in D I Khan, one each in Kohistan Lower and South Waziristan, two in Lakki Marwat and three in Swat by the flash floods.

One category-A hospital in North Waziristan and four category-C hospitals each in Dir Upper, Karak, North Wazirstan and Shangla were partially damaged during the floods.