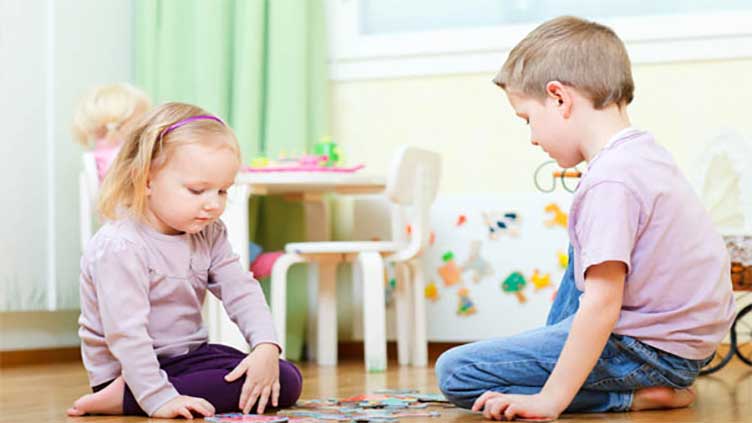 ISLAMABAD, (Online) - Is it true that growing up with a sister or brother influences one’s personality as an adult? Some people may say yes and go so far as to explain how their siblings’ gender may have impacted their personalities. Researchers have also long attempted to answer this question.

Now, an expansive study of more than 80,000 people in nine countries has what appears to be the definitive answer.

Having a sibling of a different gender does not affect one’s adult personality.

“To clarify — we are looking at personality in adulthood rather than childhood personality. This is important to clarify because it could be that sibling gender does have effects on personality while people still live with their siblings, but which fade out later in life.”

“What surprised me was how consistently we couldn’t detect any effects on personality. We disaggregated the data in all sorts of ways to check whether there were effects in individual data sets, or maybe for certain birth cohorts, or maybe only for firstborns, et cetera. But we really came up mostly empty-handed!”

The researchers work with survey responses from people in the United States, the United Kingdom, the Netherlands, Germany, Switzerland, Australia, Mexico, China, and Indonesia.

Co-author Dr. Anne Ardila Brenøe, a research associate in the Department of Economics at the University of Zurich, said to Medical News Today:

“Given my own prior work, I had expected that having an opposite-sex sibling would increase gender-typed personality. We don’t find any evidence of this, which was surprising to me.”

The study appears in Psychological Science.

Citing research on this topic going back to 1958, the authors write:

“A closer look at the studies reveals a number of potential problems, such as highly selective samples, a multitude of different outcome variables, and statistical evidence of unknown or weak strength.”

To help narrow the focus of their investigation considering the multitude of family sibling gender configurations, the researchers employed a concept from a 2018 study by Dr. Angela Cools and Prof. Eleonora Patacchini, which was used again by Dr. Brenøe in her study.

“Parents’ decision to have another child,” write the authors of the new study, “likely depends on the gender but also may depend on the personality of their current children. Thus, the ultimate sibling composition is not random. As a result, differences between people with a brother and people with a sister may exist even in the absence of causal effects of siblings’ gender. But when parents decide to have another child, the gender of that next younger sibling is essentially random.”

The researchers looked for siblings’ influence on the Big Five traits — including openness to experience, conscientiousness, extraversion, agreeableness, and neuroticism — as well as trust, patience, and locus of control, or the belief that one has control over what happens to them.

Based on the survey responses, the study found consistent gender differences between females and males. This allowed them to explore the question of sibling influence using what they call the “typical female personality index” as a marker by which to measure personality effects.

“Importantly, this index is not meant to be interpreted as an underlying personality trait (‘femininity’). Instead, it is simply an index with the highest weight on traits for which the largest gender differences were observed within the particular surveys,” the authors wrote.

Cools and Patacchini found that women who had a younger brother more often chose traditionally female career paths and that, says the new study, “their wages dropped more drastically when entering motherhood than women with a younger sister.”

“Similar to Cools and Patacchini, I also in my prior work find that having a younger brother compared to a younger sister increased women’s gender-conforming behavior in terms of occupational choice and earnings and that the ‘brother earnings penalty’ emerge right after first childbirth.

My interpretation of these different results is that personality is a much more difficult concept to influence than gender-conforming behavior.”
Changing family gender roles and careers

The study looks at a sibling effect in people who have now grown up. Therefore, said Dr. Rohrer, “people included in our analyses were born starting from 1950 up to the 1990s.”

Today’s gender roles in the home are more fluid than those of the last century. Dr. Rohrer noted that in Dr. Brenøe’s research:

“The effect of brothers on occupational choice, disappears in more gender-equal families, that is, families in which the parents have almost the same working hours during childhood,” they said. “Thus, it is plausible to assume that if traditional gender roles in parenting disappeared, the effects of sibling gender may also disappear.”

“However, it seems that despite progress into that direction, we are still very far from abolishing these roles,” Dr. Rohrer added, “One way to look at this empirically,” said Dr. Rohrer, “is to look at the impact of the birth of the first child on both men’s and women’s earnings.”

“For men, earnings mostly remain stable or slightly dip for a very short period in countries in which men are more likely to take parental leave.

For women, there is a steep drop in the first years, and on average, they do not return to their pre-baby earnings levels. This is because women who have kids are less likely to participate in the labor market, more likely to work part-time, and their wage rates also tend to be lower.”

Younger siblings: are they better for older child’s health?

Younger siblings are not always viewed in a positive light; they get into things, make a mess and then somehow seem to avoid all the blame. But a new study suggests that, despite their pesky behavior, younger siblings may lower the older child’s risk of becoming obese.

Could a younger sibling be good for the older child’s health? The new study suggests so.

Results of the study – led by Dr. Julie Lumeng from the University of Michigan – are published in the journal Pediatrics.

Previous research has not been so kind to siblings. One study suggested infants are more likely to catch whooping cough from their siblings than from their mothers.

And another study declared that firstborn children have higher IQs than their younger siblings.

Dr. Lumeng and colleagues say previous research has already suggested that the structure of a family could influence weight, but theirs is the first to look at how children’s body mass index (BMI) changes with the birth of a younger sibling.

For their research, the team recruited 697 children at the time of birth across 10 sites in the US and then assessed “sibship” every 3 months. The children were classified based on the timing of their sibling’s birth.

Additionally, the researchers measured the children to assess BMI at 15, 24, 36 and 54 months, and in the first grade.

Overall, the findings revealed that becoming a big brother or sister before first grade lowered a child’s risk of becoming obese.

In detail, the birth of a sibling when the first child was between 2-4 years of age was linked with a healthier BMI by first grade.

And children who did not have a sibling were almost three times more likely to be obese by the time they were in first grade.

Dr. Lumeng says that although the research associated the birth of a younger sibling with a lower risk of being overweight, they “have very little information about how the birth of a sibling may shape obesity risk during childhood.”

She and her team theorize that parents might change how they feed their child when another sibling is born. Because children’s eating habits are mostly developed around 3 years of age, the researchers say changing their dietary habits could have a major impact.

Furthermore, children may be more active and spend less time in front of screens once a younger brother or sister is born. And another theory is that older children could assume a caregiver role when a younger sibling is born, involving more active play and movement.

”Childhood obesity rates continue to be a great cause of concern. If the birth of a sibling changes behaviors within a family in ways that protect against obesity, these may be patterns other families can try to create in their own homes. Better understanding of the potential connection between a sibling and weight may help health providers and families create new strategies for helping children grow up healthy.”

She adds that further research needs to be conducted on how the birth of a sibling could impact mealtime behaviors and physical activity.