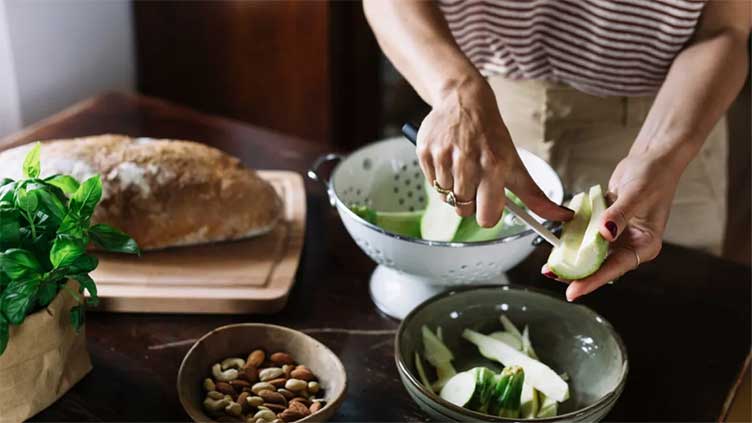 ISLAMABAD, (Online) - New research from investigators at Brigham and Women’s Hospital has further confirmed what is already known about the link between diet and cognition — that what we eat can impact our brain health.

The researchers also demonstrated that these findings can be generalized to different races and ethnicities.

“Research like this shows us that what we eat can have profound effects on brain function. Diet is about much more than just your weight; it impacts how your brain and body function and can have significant effect on your mental and physical health,” Dr. Christopher Palmer, an Assistant Professor of Psychiatry at Harvard Medical School and author of Brain Energy, said.

The researchers wanted to understand how metabolites — substances produced in the body during digestion — impact cognition.

“Some metabolites are very healthy and good for us, (e.g. B12 helps in neurological function, which is why we want to make sure we get enough of it if we are vegan), and some of them are not so good for us (ribitol was an example from the study) and may negatively affect our cognition,” says Dr. Dana Ellis Hunnes, a senior clinical dietitian at UCLA medical center, assistant professor at UCLA Fielding School of Public Health.

They then tested whether metabolites that have previously been linked to cognition in past researchTrusted Source could be applied to the three different racial and ethnic groups involved in the study.

The findings could be generalized across all racial and ethnic groups involved.

The study didn’t consider other contributing factors for cognitive decline

Paula Doebrich, MPH, RDN, a registered dietitian at Happea Nutrition, says the study should be interpreted with caution as there are some limitations.

“This study merely underlines the importance of sticking to an overall healthy diet for long-term health but does not provide any specific data on what exactly we can do from a dietary standpoint to prevent cognitive decline,” Doebrich said.

While the study reaffirms that people who eat poorer quality diets may be at higher risk for chronic disease, the findings shouldn’t be used to make specific dietary recommendations, says Doebrich.

Other potential contributing factors that are known to impact cognitive health — such as socioeconomic status, physical activity and social support — were not included in the evaluation and sugar intake was never measured among the participants, making it difficult to identify specific dietary recommendations to boost brain health.

How metabolites may be markers of health

Diet is an important source of many metabolites, which can be markers of various aspects of our health.

Past researchTrusted Source has found that certain metabolites — including lipids, amino acids, and steroids — are linked with cognitive decline and dementia. Palmer says the body can occasionally have trouble processing large amounts of specific metabolites, which can have adverse effects on the body and brain.

It’s still unclear if and how metabolites directly impact cognition, however, the researchers say there is a clear association between cognition and various metabolites. In addition, metabolites may be helpful biomarker to help scientists better understand brain diseases like Alzheimer’s disease and dementia.

According to the researchers, the relationship likely goes both ways — diet impacts our cognition and our cognition impacts our diet.
“This study was correlational, meaning that they didn’t prove that high blood sugars and sugar metabolites directly cause cognitive impairment. In fact, they found some evidence for ‘reverse causation,’ meaning that pre-existing cognitive impairment may influence people’s dietary choices,” says Palmer.

Ultimately, the findings underscore the importance of adhering to a healthy diet that is rich in fruits and vegetables.
“Eat more of the unprocessed, whole foods — like a Mediterranean diet — and fewer processed foods that are high in sugar or low in vitamins and minerals,” Hunnes said.

Doebrich recommends following the Dietary Guidelines for AmericansTrusted Source. Make sure at least half of your grains are whole grains and swap half of your protein for plant-based sources, she adds.

“Keep in mind that cognitive health is tied to lifestyle habits beyond diet such as social interactions, having hobbies, good sleep hygiene, physical activity, or alcohol and substance abuse among others,” Doebrich said.