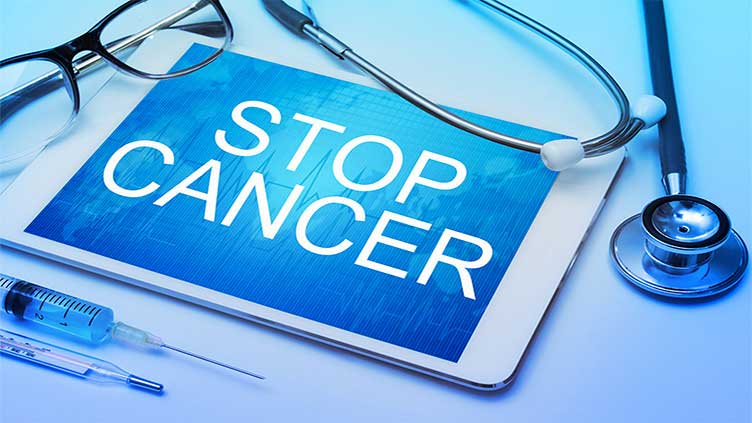 ISLAMABAD, (Online) - Cancer occurs when genetic mutations cause cells grow uncontrollably and can occur in any organ or tissue of the body. According to the World Health Organization, the condition is the secondTrusted Source leading cause of death worldwide.

Whereas cancer typically affects people ages 50 years and older, studies indicate that, since the 1990s, the incidence of certain cancers has been rising among those under 50 years old in many parts of the world.

They noted that lifestyle factors early in life such as diet, obesity, and environmental exposure may contribute to early onset cancer risk.

Dr. Andrew K. Dingwall, professor of cancer biology and pathology and laboratory Medicine at Loyola University, who was not involved in the study, said:

“One benefit from this type of analysis is that it provides an opportunity to engage in more directed discussions aimed at confronting these health disparities, which may have the potential to provide long-term health benefits to those affected communities.”

“The study provides [a substantial] view of the impact that diet, exercise, and environment might play in the development of early-onset cancers.”
— Dr. Andrew K. Dingwall

The study was published in Clinical OncologyTrusted Source.

For the review, the researchers first analyzed global data from the years 2000 to 2012 on the incidence of 14 cancer types that have increased in incidence among adults under age 50. These included:

The researchers then examined studies investigating possible risk factors for cancers, alongside literature describing the clinical and biological tumor characteristics of early and later-onset cancers.

They acknowledged that the increased incidence of early-onset cancer might be partially linked to increased screening uptake. They also wrote, however, that other factors are likely responsible too.

After analyzing the literature, they noted that increasing evidence suggestsTrusted Source that there may be intervals of several decadesTrusted Source between initial cellular damage and clinical cancer detection.

They further noted that increases in early-onset cancer correlate with rising lifestyle trends, including more westernized diets, lifestyles, and environments.

They noted that such changes, which started in the mid-20th century, might have affected the incidence of early-onset cancer from the 1990s as their effects would have taken time to accumulate.

Lifestyle factors that may increase cancer risk include:

• Reduced sleep among children due to bright lights during the night

• Night shift work, as this increases the incidence of cancer risk factors such as obesity and diabetesTrusted Source

The researchers further wrote that eight of the 14 cancers studied relate to the digestive system, indicating the importance of the oral and intestinal microbiome in cancer risk.

In particular, they highlighted nutrition, lifestyle factors, and higherTrusted Source antibiotic use as factors affecting the microbiome and increasing cancer risk.

How does lifestyle increase cancer risk?

“Lifestyle factors such as obesity, physical inactivity, and poor diet are associated with increased risk of multiple cancers. Likely these factors increase cancer risk both directly and indirectly. For example, they can cause increased inflammation and influence or disrupt cellular regulatory processes thus directly increasing risk, and they can cause other chronic diseases which then, in turn, increase cancer risk.”

Dr. Jeanine Genkinger, associate professor of epidemiology at Columbia University, who was not involved in the study, told MNT that many of the lifestyle factors linked to early onset cancer risk can also affect cancer risk later in life.

“A number of the lifestyle factors the authors highlight are factors that also impact later onset cancers—it is just the timeframe within the life-course that may be different to cause early onset cancers. Factors such as obesity may impact through insulin resistance, and inflammation to cause cancer risk.”
— Dr. Jeanine Genkinger

“We know that these lifestyle factors have changed over the last few decades to more unhealthy characteristics at earlier time-points in the life-course. For example, we see higher rates of overweight and obesity in children today compared to 30 years ago, and we also know that children consume higher amounts of sugar-sweetened beverages today than they did 30-40 years ago,” she said.

“So we believe that this shift in the timing of these risk factors within the life-course could be driving some of the increase in early onset cancers,” she noted.

The role of the environment

The researchers concluded that the early-onset cancer risk factors are likely linked to environmental exposures in early life and young adulthood from the mid-20th century onwards.

Dr. Tomotaka Ugai, research fellow in pathology at Brigham and Women’s Hospital, Harvard Medical School, one of the study’s authors, told MNT that study has some limitations.

“One limitation of this study is that we did not have adequate data from low- and middle-income countries to identify trends in cancer incidence over the decades. We hope to continue this research by collecting more data and collaborating with international research institutes to better monitor global trends,” he said.

“Another limitation is the paucity of longitudinal cohort studies with data on early-life exposures and biospecimen. We need long-term investments and commitments to such cohort studies,” he noted.

“This review pulls together a large range of research on multiple risk factors and multiple cancers to give a big picture of these trends. This type of big-picture ecologic look does not prove that these risk factors are causing the increase in cancer. Instead, it suggests an association that mechanistic studies need to explore.”
— Dr. Gypsyamber D’Souza

“There have been many individual well-designed longitudinal studies that have provided causal evidence for many of these risk factors on many of these cancers, so there is evidence to support the summarized issues in this review,” Dr. D’Souza noted.