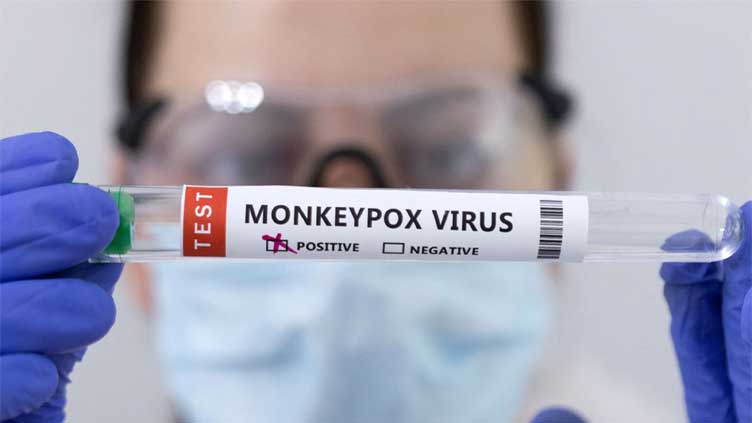 PARIS  (AFP) - The World Health Organization declared monkeypox a global health emergency at the weekend, as calls grow for swift action to stop the spread of the virus.

More than 16,000 confirmed cases have been recorded in 75 countries so far this year, the WHO said on Monday.

Here is an overview of the symptoms, diagnosis, treatments and vaccines.

The first symptoms can include a fever, headaches, sharp muscle pains, fatigue, a rash, as well as swollen and painful lymph nodes.

Around one to three days after the appearance of a fever, a rash can turn into painful, fluid-filled skin lesions.

After a few days or weeks, the lesions or sores turn into scabs, before falling off.

Monkeypox has long been endemic in Central and Western Africa. In countries elsewhere that have recorded cases since May, the lesions have been more common around the genitals and anus, as well as on the mouth.

Symptoms have varied between patients, however. They usually last between two to four weeks, and the virus is contagious until the rash has fully healed.

Most of the recent global cases have been in men who have sex with men and have recently had sex with a new partner, according to the WHO.

A study published in the New England Journal of Medicine last week found that 98 percent of infected people were gay or bisexual men, and 95 percent of cases were transmitted through sexual activity.

Diagnosing the virus can be difficult due to its inconsistent symptoms, which can resemble sexually transmitted infections, several health authorities have warned.

Europe has been the epicentre of the outbreak, with many cases among younger men living in cities, according to the WHO.

Confirming a case of monkeypox may require a PCR test, or a sample or biopsy of a skin lesion.

Those with potential cases must isolate while waiting for test results. Once the virus is confirmed, isolation is recommended for three weeks.

Monkeypox has been detected in semen, but is not considered a sexually transmitted disease, instead spreading through close physical contact. The European Centre for Disease Prevention (ECDC) recommends using a condom for 12 weeks after recovery.

The disease usually heals by itself after two to three weeks, sometimes taking a month.

In many cases, the only treatment needed is to address the symptoms, such as clearing up a fever or soothing the itching.

Sometimes the lesions can become extremely painful, however, requiring serious painkillers or even hospital treatment.

The most severe cases have been seen in children, pregnant women and people with comprised immune systems.

No deaths have been reported so far in Europe or the United States.

People with monkeypox are advised not to scratch the lesions, as this could spread the virus or leave a scar, and to cover them to avoid the temptation.

The European Medicines Agency has approved a smallpox medication, Tecovirimat, for monkeypox treatment.

A smallpox vaccine from Danish drug maker Bavarian Nordic, marketed under the name Jynneos in the United States and Imvanex in Europe, has also been found to protect against monkeypox.

The European Commission approved its use for monkeypox on Monday.

It can also have a "significant protective effect" if administered within four days of exposure to a monkeypox case, according to the ECDC.

Countries such as Britain, Canada, France and the United States have started offering vaccination to those most at risk of the virus.

The vaccine is given in two doses, at least 28 days apart. But for people vaccinated against smallpox as children, one dose is enough. For people with comprised immune systems, a third dose is recommended.

As the vaccines do not provide immediate or total protection, health authorities advise caution after receiving an injection.

The United States also has many doses of the older generation ACAM2000 smallpox vaccine, but it is not recommended for everyone because of significant side effects.