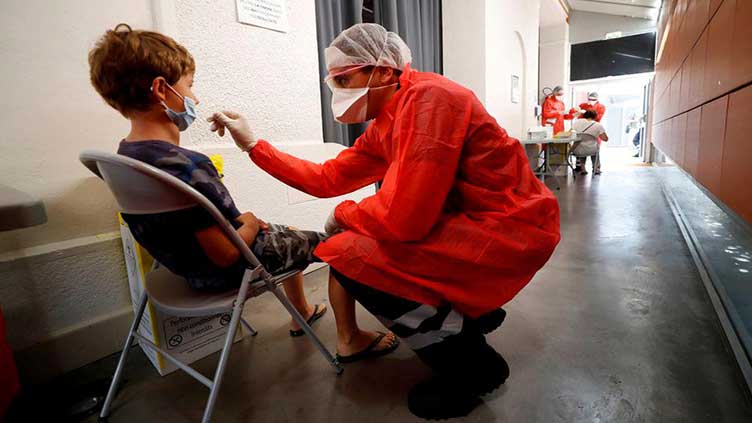 The World Health Organization (WHO) has reported at least 1,010 probable cases, including 46 that required transplants and 22 deaths from the illness dating back to last October.

Previous theories had centered on a spike in commonly found adenovirus infections being behind the cases.

But in two new studies carried out independently and simultaneously in Scotland and London, scientists found another virus, AAV2 (adeno-associated virus 2) played a significant role and was present in 96 percent of all patients examined.

AAV2 is not normally known to cause disease and cannot replicate itself without another "helper" virus being present.

Both teams concluded that co-infection with either AAV2 and an adenovirus, or sometimes the herpes virus HHV6, offered the best explanation for the severe liver disease.

"The presence of the AAV2 virus is associated with unexplained hepatitis in children," said infectious disease professor Emma Thomson of the University of Glasgow, who led the Scottish paper, in a statement.

But she also cautioned it was not yet certain whether AAV2 was causing the disease or was rather a biomarker for underlying adenovirus infection that is harder to detect but was the main pathogen.

Both papers have been posted online to "preprint" servers and still await peer review before they are published in journals.

The two studies looked both at patients who acquired hepatitis and those that did not, finding that AAV2 was mostly present in those who got the illness, not those that didn’t.

The Scottish study further tested genes of children who had become sick and those that didn’t, honing in on differences in their Human Leukocyte Antigen that might explain why some are more susceptible than others.

Both teams ruled out recent or prior SARS-CoV-2 infection as a direct cause.

No coronavirus was found in the livers of the patients, and while the Scottish study found that two-thirds of the patients had antibodies against the coronavirus, that rate was similar to the overall population prevalence among children at that time.

It is unclear why hepatitis cases spiked recently, but both teams underscored the possibility that lockdowns could have contributed, either by lowering immunity in children or by changing the patterns of virus circulation.

Deirdre Kelly, a professor of pediatric hepatology at the University of Birmingham who was not involved in the work, said: "I think this is a plausible explanation for these cases. It looks like coinfection is the key."

But, she added, more work was needed to understand why some children develop severe disease and require transplantation.

Thomson said it was also important "to understand more about seasonal circulation of AAV2, a virus that is not routinely monitored."

"It may be that a peak of adenovirus infection has coincided with a peak in AAV2 exposure, leading to an unusual manifestation of hepatitis in susceptible young children."