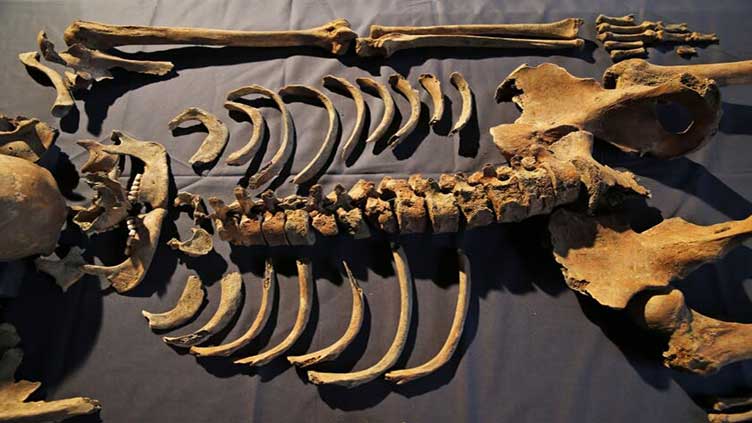 BERLIN (AP) — Scientists in Europe say they have pinpointed the origins of the Black Death, a bacterial plague that wiped out half of the continent’s population in the 14th century.

The findings counter other theories that the disease — which caused repeated outbreaks into the early 19th century and also left its mark across the Middle East and North Africa — might have first emerged in China.

Drawing on the work of historian Phil Slavin from the University of Stirling in Scotland, who had suggested the disease’s emergence might be linked to an unusual surge of deaths in a town in Central Asia in 1338-1339, researchers examined DNA from bodies found there.

They found genetic fingerprints of the bacterium Yersinia pestis in individuals who had been buried with tombstones referring to a “pestilence” at the site by Lake Issyk Kul, in what is now Kyrgyzstan.

In an article published Wednesday in the journal Nature, the researchers detail how the fingerprint reveals the strain that devastated the ancient trading community at Issyk Kul was the precursor to many others which emerged around the time.

“We found that the ancient strains from Kyrgyzstan are positioned exactly at the node of this massive diversification event,” said Maria Spyrou, a researcher on disease history at the University of Tuebingen in Germany and lead author of the report. “In other words, we found the Black Death’s source strain and we even know its exact date (1338).”

The disease, which is spread by rats and their fleas, is known to have eventually made its way to the Sicilian port of Messina on trade ships arriving from the Black Sea in 1347.

Sharon DeWitte, a biological anthropologist at the University of South Carolina who was not involved in the study, said it was exciting to have the DNA evidence to back up the previous theory that the disease emerged in Central Asia.

“This study is important because the very precisely dated burials allow for a direct study of the strain as it existed at the time of the initial emergence of the Black Death,” she said.

While the authors acknowledge it is theoretically possible for the bacterium to have originated elsewhere and spread to Central Asia without changing significantly, the evidence suggested this was unlikely, DeWitte said.