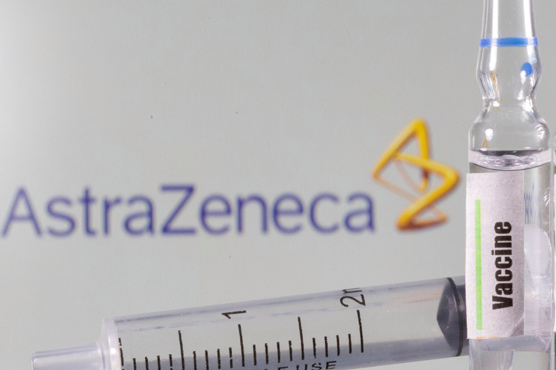 The Britain-based AstraZeneca insisted its jab was safe.

GENEVA (AFP) - The World Health Organization said there was no reason to stop using AstraZeneca’s Covid-19 jab after several countries suspended rollout over blood clot fears, while the hard-hit United States exceeded 100 million doses of vaccine administered to its people.

The WHO, which said its vaccines advisory committee was examining the safety data coming in, stressed that no causal link has been established between the AstraZeneca vaccine and clotting.

"Yes, we should continue using the AstraZeneca vaccine," WHO spokeswoman Margaret Harris said, stressing that any concerns over safety must be investigated.

The Britain-based AstraZeneca insisted its jab was safe, adding there is "no evidence" of higher blood clot risks.

The shadow cast over the AstraZeneca jab is adding to the European Union’s problems distributing vaccines.

Denmark, Norway and Iceland paused use of the drugmaker’s shot as a precaution after isolated reports of recipients developing blood clots.

Italy and Austria have banned the use of jabs from separate batches of AstraZeneca, and Thailand and Bulgaria said this week they would delay rollout.

India will carry out a deeper review of post-vaccination side effects from the AstraZeneca shot next week although no cases of blood clots have been reported so far, the Hindustan Times daily quoted officials as saying on Saturday.

"The review is taking place as a matter of abundant precaution," NK Arora from the Indian covid task force told the paper.

In Spain at least five regions said they had suspended use of AstraZeneca vaccines from the suspect batch banned by Austria as a precautionary measure.

But several other countries, including Australia, said they would continue their rollouts as they had found no reason to alter course. Canada also said there was no evidence the jab causes adverse reactions.

In a fresh hit, the EU’s drug regulator said severe allergies should be added to the possible side effects of the AstraZeneca vaccine after some likely links were found in Britain.

Despite setbacks elsewhere, US President Joe Biden has worked to offer hope to his country, which has battled the largest outbreak in the world.

He vowed a return to some kind of normality by July 4, marking the national holiday as his target for "independence" from the virus.

After a shaky start, the US has ramped up its vaccination programme, following the advice of scientists who say jabs are the only way out of a pandemic that has killed 2.6 million people around the world.

The Centers for Disease Control and Prevention said 100 million vaccine doses have been administered in the US, around 30 percent of the world’s total of shots in arms so far.

There was also encouraging news as the WHO approved Johnson & Johnson’s Covid-19 vaccine, paving the way for an additional 500 million doses to enter the Covax global vaccine-sharing scheme.

"Every new, safe and effective tool against Covid-19 is another step closer to controlling the pandemic," said WHO chief Tedros Adhanom Ghebreyesus.

The news comes after the single-dose jab won approval from the European Union on Thursday.

It has also received the green light from regulators in the United States, Canada, South Africa and France -- which on Friday topped 90,000 coronavirus fatalities.

Meanwhile it was announced that India will manufacture at least one billion more Covid-19 vaccine doses by the end of next year in a joint initiative with the United States, Japan and Australia.

"The Quad committed to delivering up to one billion doses to ASEAN, the Indo-Pacific and beyond by the end of 2022," Sullivan said.