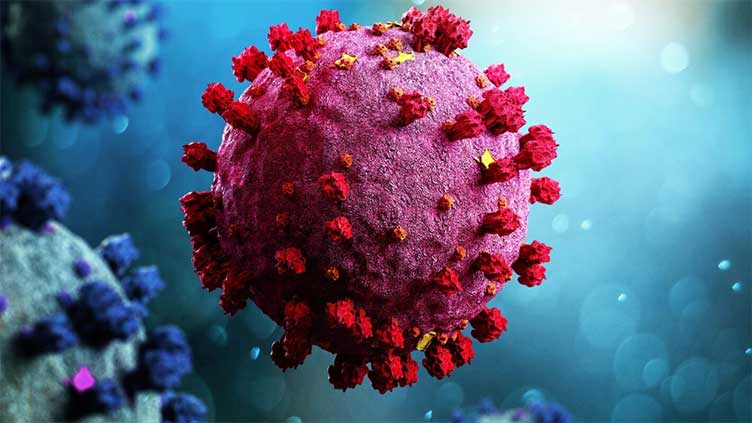 (Reuters) - Polymerase chain reaction (PCR) test kits for COVID-19 use what’s known as gene cloning – not reproductive cloning – to detect the presence or absence of the SARS-CoV-2 virus, but social media posts claim that humans are being cloned using COVID-19 PCR tests.

An author of the scientific paper cited in the posts told Reuters that it explains a protocol for using PCR in gene cloning, a common lab technique with a variety of applications, but that human cloning is not one of them.

An Instagram user sharing the claim said, “THE PCR TESTS ARE CLONING TECHNOLOGY” (here). Users responding to the video, which shared a segment from an online interview show, are taking it as proof of human cloning, with one comment reading, “Never taken a test. They ain’t cloning me.”

More examples can be seen on Facebook (here) and (here).

In the video, Ariyana Love, who describes herself as a naturopathic doctor (ambassadorlove.blog/bio/), says that PCR tests are linked to human cloning technology and that this “has been admitted to by the NIH.” She points to a paper viewable on PubMed Central, a searchable database hosted by the National Library of Medicine, which is a part of the National Institutes of Health (NIH), and claims that the paper “explains everything on how the cloning works using PCR tests.”

The 2015 paper, originally published in the Journal of Biological Engineering and titled, “Molecular cloning using polymerase chain reaction, an educational guide for cellular engineering” was authored by Sayed Shahabuddin Hoseini and Martin G Sauer and is viewable on PubMed Central (here) as well as on the journal’s website (here).

Hoseini, a researcher and physician with experience in translational cancer immunotherapy (here), told Reuters by email that the paper was meant to explain a detailed protocol for gene cloning using PCR, a technique that “many scientists in the field of molecular biology use,” and not for reproductive cloning, which he said were “two completely different concepts.”

Gene cloning, also known as DNA cloning or molecular cloning, makes copies of genes by inserting a gene from one organism into the genetic material of a carrier, such as bacteria, yeast cells, or viruses, then putting the carrier into conditions where it will multiply, based on a National Human Genome Research Institute fact sheet, (here).

In contrast, PCR, which stands for Polymerase Chain Reaction, uses enzymes to directly copy a DNA segment containing a gene of interest, with the ability to make millions of copies (here).

The 2015 paper by Hoseini and Sauer explains methods for gene cloning with PCR and used a gene encoding a red fluorescent protein as its example. Hoseini told Reuters that the technique has many possible uses. “Imagine you could ‘copy’ the insulin gene from human cells and ‘paste’ it into a bacterial cell and (grow these) bacteria very easily in the laboratory, then the bacteria will read the human insulin gene and produce insulin,” Hoseini said. The bacteria could be grown at large scales and produce “lots of insulin for diabetic patients,” he said.

NO EVIDENCE OF HUMAN CLONING

In the video, Love claims that PCR tests “change humans” without explaining how that would occur, and says that test samples are used for genetic sequencing “to determine how far along people are in the cloning process” (around the 2:30 timestamp here ).

Cloning is not a “process” that could possibly take place in a living person. Reproductive cloning places a single cell from an animal’s body, containing its entire genome, into an empty egg that will then develop into an embryo with the potential to develop into a living organism, according to the National Human Genome Research Institute (here). This method was used to create the first cloned mammal, Dolly the sheep, born in 1997, from a lab-made embryo that was gestated by a surrogate-mother sheep (here).

Many animals, including pets, livestock and endangered species, have been cloned since then (here) (here) , there is no evidence of a human clone ever having been born, and human cloning is banned in several countries (here).

Love’s website bio says she is a routine contributor to the Stew Peters show. Reuters found no proof to support her claims that she is a licensed naturopathic doctor.

A spokesperson for the American Association of Naturopathic Physicians said in an email that there is no evidence Love is a licensed naturopathic physician, as “she is not in our database, nor can we find any evidence that she went to an accredited naturopathic medical school.”

Representatives for Love did not respond to Reuters’ requests for verification of her credentials.

Representatives for the Stew Peters show did not respond to Reuters’ requests for comment.

False. PCR tests for COVID-19 cannot be used for human cloning. Molecular cloning, or gene cloning, that is described in a 2015 paper about using PCR to copy individual genes is an entirely different process. Many animals have been cloned, but there is no documentary evidence of successful human reproductive cloning.