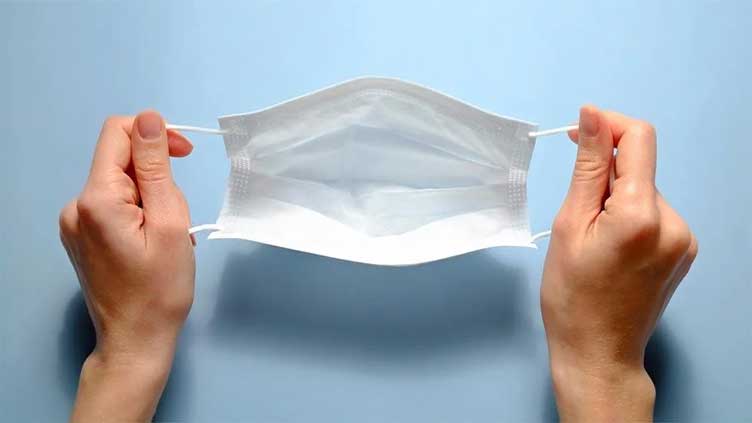 (Reuters) - Some face masks contain minute quantities of titanium dioxide, a mineral that has been flagged as a possible cancer risk when inhaled, but there is no evidence that mask users inhale it at all, or in harmful quantities.

Posts on social media have been sharing a claim that a study of 12 face-mask models by researchers in Belgium showed the masks all contain a “cancer-causing compound” at levels that exceed “acceptable exposure.”

A Facebook user shared a post saying, “In a study of 12 face masks, every mask contained titanium dioxide (TiO2) particles in at least one layer, at levels that ‘exceeded the acceptable exposure level’” and that “The International Agency for Research on Cancer classifies titanium dioxide as a Group 2B carcinogen, which means it is ‘possibly carcinogenic to humans’ by inhalation.” (here).

Experts told Reuters that some masks approved in the U.S. may contain small amounts of titanium dioxide. However, the study tested masks distributed in Europe and did not test whether mask users inhaled any particles. The United Nations’ International Agency for Research on Cancer (IARC) has classified the mineral as “possibly” carcinogenic when inhaled, and the European Chemicals Agency says it should be labeled as a carcinogen under specific conditions (here).

Titanium dioxide is approved and considered safe by the U.S. Food and Drug Administration in a wide range of consumer products, but no safe exposure levels for inhaling the mineral have been set by U.S. regulators.

Audra Harrison, a spokesperson for the U.S. Food and Drug Administration (FDA) said via email that “some masks are made with titanium dioxide as a colorant (for whitening).” In a 2016 webinar archived (here), FDA officials explained how they assess the safety of color additives in medical devices such as masks.

Harrison added that medical devices are cleared with the FDA after they are tested for potential toxicity and tested to ensure that there is no tissue response to chemical residues from the device (here).

The study cited in online claims was published in February 2022 by researchers in Belgium (here). It examined 12 masks distributed for consumer use in Belgium and the European Union and found that each mask contained titanium dioxide in a range between 791 and 152,345 micrograms (millionths of a gram) in total. At the mask surface, the range was 17 to 4,394 micrograms, “and systematically exceeded the acceptable exposure level to TiO2 by inhalation (3.6 micrograms),” based on an assumption of “intensive” mask use, the authors reported.

However, study co-author Jan Mast confirmed to Reuters in an email that his team did not test whether people could actually inhale titanium dioxide from wearing the masks examined in the study. “We did not test this. And to our knowledge, this has not yet been investigated in detail yet. Also because direct measurement of release of TiO2 is technically not feasible,” he said.

Mast added, “These claims, if based on our study, are not valid. Our approach merely calculates which fraction of TiO2 particles at the fiber surface has to be released to exceed the acceptable exposure level. Because the fate and release mechanisms of particles from face masks are currently unknown, no assumptions were made about the likelihood of the release of particles itself.”

Titanium dioxide is generally considered safe in the United States and used as a color additive in several products, including food, sunscreen and cosmetics (here), (here.) (here).

As of October 2021, the European Chemicals Agency classifies titanium dioxide as a carcinogen if it makes up more than 1% of a “mixture,” and is present in the form of dust particles of 10 micrograms or smaller (here). That particle size is in the range of particle pollution measured as PM10 and PM 2.5 (here).

The executive director of the American Medical Manufacturers Association, Nicolas Smit, said that the masks tested in the study cited in the article were not approved by the FDA or the National Institute for Occupational Safety and Health. “Those masks would not pass American standards and should not be used even if they didn’t have harmful ingredients,” Smit said.