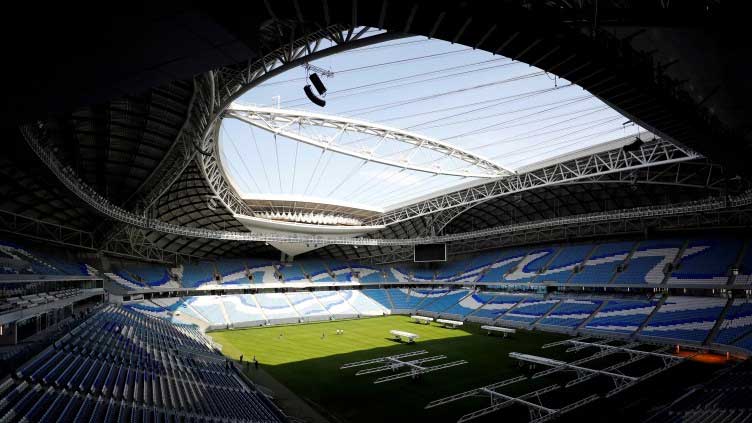 (Reuters) - Contrary to claims on social media, a short video clip showing a crowd of people praying in a stadium was not recorded in Qatar during the soccer World Cup. The video has been online since at least 2019 and was recorded at an arena in Russia.

An iteration of the miscaptioned video on TikTok has garnered over 8.2 million reproductions (here).

The video actually shows the inside of the Kazan Arena in Russia. Not only is the word “KAZAN” viewable among the stadium seats in the videos, but the videos also match photos of the stadium in the Russian city (see photo available on Google Maps (bit.ly/3VklasL ) .

A Google keyword search of the terms “Kazan”, “stadium” and “prayer” brought iterations of the video that trace back to at least June 4, 2019 (here). One Facebook post dated the video to May 25, 2019, in its description (here).

Outlet Realnoe Vremay, which describes itself as being in Kazan, published a photo gallery of the collective prayer it said gathered “about 15,000 people” (here). It also dated the event to May 25, 2019.

Image 26 in the photo slideshow published by Realnoe Vremay shows some similar clothing and similar prayer mats among the people in the front of the prayer to those in the video online, further suggesting they show the same event.

Kazan is the main city in Tatarstan, a Muslim-majority region in Russia. Turkey’s state-owned Anadolu news agency previously captured images of another “Republican Iftar” celebrated at the Kazan Arena in 2016 (bit.ly/3i8BKh1)

Miscaptioned. This video predates this year’s soccer World Cup. It shows a stadium in the Russian city of Kazan, most likely in 2019.