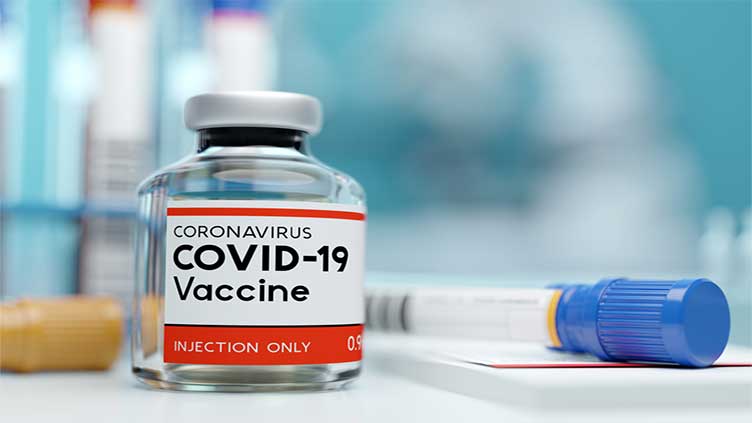 (Reuters) - A graph circulating on social media on miscarriages and stillbirths due to a “vaccine reaction” misleadingly suggests that pregnancy losses spiked in recent years. But the claims say the graph is based on unverified reports, and the implication that COVID-19 vaccines are to blame for pregnancy losses contradicts the growing body of evidence that the vaccines are safe in pregnancy.

The graph image has been circulated with remarks including, “THIS IS INSANE…4070% increase in VAERS miscarriage reports from 2019 to 2021. WHAT’S GOING ON???” and “Extremely disturbing data from VAERS.”

Some versions of the graph include a source line attributing the data to a privately-run website (here), which claims to cull publicly available raw data directly from the U.S. Vaccine Adverse Events Reporting System (VAERS). The shared graph appears to show more than 3,500 miscarriages and stillbirths reported in 2021, with much smaller numbers in prior years.

The 2021 figure in the graph is somewhat higher than reports in the actual VAERS database (vaers.hhs.gov/index.html). A Reuters search of VAERS data for all reports from the U.S. and abroad of miscarriage (“spontaneous abortion”) and stillbirth in 2021, associated with any vaccine, found a total of 2,608 in 2021. In contrast, VAERS shows 38 miscarriage reports in 2019 with 15 reported stillbirths, for a total of 53.

These social media claims miss key context, however, as reports submitted to VAERS are not confirmed to have been caused by a vaccine, or even confirmed to be authentic. VAERS data is unverified, and reporting rates are known to fluctuate, influenced by a variety of factors, including media attention to a particular illness or a new vaccine. An increase in VAERS reporting rates is not evidence of cause and effect, and a growing body of evidence consistently shows no increased risk of pregnancy loss associated with COVID-19 vaccines.

The U.S. government’s VAERS database, Reuters has previously explained in detail (here), is jointly administered by the Centers for Disease Control and Prevention (CDC) and the Food and Drug Administration (FDA), and allows anyone to submit a report of any suspected “adverse event” following a vaccination – whether or not it is related to the vaccine, and even if the event happens years after a vaccination (here).

The CDC monitors all these preliminary reports from the public, healthcare providers, and vaccine manufacturers, and the agency seeks additional information and medical records for all adverse events considered “serious,” such as hospitalization, permanent disability and death.

Rates of reporting to VAERS can vary from year to year, and from vaccine to vaccine, with many factors, including media coverage of a disease or a vaccine, influencing the number of reports filed. The effect was seen after the U.S. launch of the first HPV vaccine in 2006, which was followed by a spike in VAERS reports associated with that vaccine in 2007 and 2008, then a steady decline in reports even as the number of children getting vaccinated continued to rise (here). VAERS reporting rates in the first two-and-a-half years after FDA approval of the HPV vaccine were also found in a separate study to have tracked with media coverage and internet search activity related to that vaccine (here).

NO EVIDENCE OF INCREASED MISCARRIAGE RISK

Multiple studies around the world have found no increased risk of miscarriage or stillbirths associated with COVID-19 vaccination during pregnancy. One large study in Norway, published in The New England Journal of Medicine, tracked nearly 18,500 pregnant women, including about 4,500 who had miscarriages. Researchers found no link between COVID-19 vaccines and risk of first-trimester miscarriage, regardless of whether the vaccines were from Moderna, Pfizer and BioNTech, or AstraZeneca, according to Reuters reporting (here).

A U.S. study that analyzed data on more than 100,000 women and was published in JAMA also found that miscarriage risk within a month of receiving an mRNA vaccination was no different from that of pregnant women who were not vaccinated (here).

Similarly, a large study of women in Canada, published in the journal Lancet Infectious Diseases, found no significant short-term differences in reports of “new or worsening of a health event sufficient to cause work or school absenteeism, medical consultation, or prevent daily activities” between pregnant women who did or did not receive an mRNA-based COVID-19 vaccine (here)

CDC surveys of pregnant women who were vaccinated either before conception or while pregnant have also found no increase in miscarriage risk associated with vaccination (here).

Missing context. Circulating images of a graph suggesting that unverified reports to a government database represent an increase in incidence of miscarriage and stillbirth associated with COVID-19 vaccination are misleading and are contradicted by evidence of no increased risk from vaccination during pregnancy.