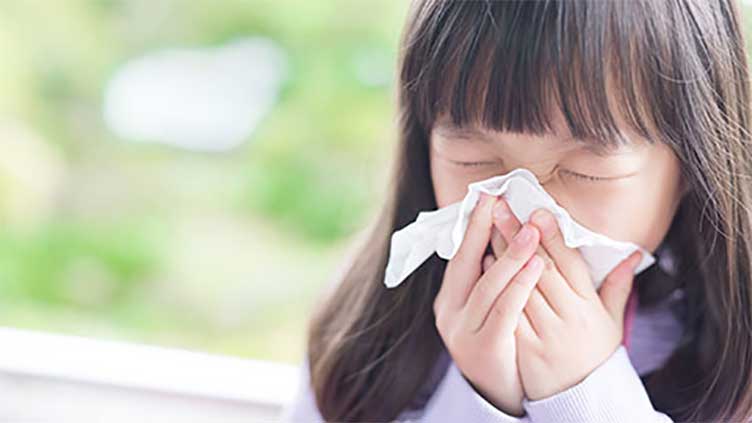 (Reuters) - While it remains true that there is no cure for the common cold, social media users are sharing a misleading message that the common cold is itself a “cure” for built-up toxins and debris.

The common cold is the body’s response to infection by a variety of common viruses, and there is no evidence that cold symptoms have a detoxifying effect, experts told Reuters.

Social media users are sharing the message that the reason no one has found a cure for the common cold is that colds are not an illness but rather “your body’s way of naturally detoxing all the debris, toxins, plastics and chemicals…”

Examples can be seen (here) and (here)

COLDS ARE CAUSED BY VIRUSES

Contrary to social media claims, The Mayo Clinic defines the common cold as a viral infection of the upper respiratory tract (your nose and throat). It’s usually harmless and lasts about seven days (here). The cold typically originates from exposure to another sick person though airborne droplets containing virus particles that are coughed or sneezed into the air or onto surfaces (here). Colds can also be spread when a sick person touches you or has touched a surface that you later touch.

Several different types of virus cause the symptoms known as the “common cold,” including certain adenoviruses, and four types of coronavirus that are estimated to cause up to 30% of common colds (here). But the most common cause is the large family known as the rhinoviruses (here) (here).

“There is excellent scientific evidence that common colds are caused by viruses,” Dr. Ellen Foxman, of the Yale School of Medicine, told Reuters by email. “There are several different viruses that can cause colds, but the most common one is rhinovirus. (Named rhino for - you guessed it - the nose.)”

The best evidence, Foxman said, “that these viruses cause colds is that they can be isolated in the lab, and if you then place the virus into the nose of a healthy volunteer, the volunteer will develop the symptoms of a common cold and their body will produce (or “shed”) the same virus for a few days.”

On the Yale Medicine website, Foxman explains that cold-causing viruses are challenging to treat because the virus “moves too quickly to be cured and doctors are unable to make a vaccine to fight off colds as we can for the flu" (here)

While there is no “cure” for the common cold, the Cleveland Clinic describes several treatments that can ease symptoms (here).

COLD SYMPTOMS ARE A RESPONSE TO INFECTION

An animated breakdown of how the common cold affects the human body by Bupta Health seen here (here) illustrates some of the ways the body reacts to the infection by generating mucus that can cause congestion, coughing and headache.

Some symptoms commonly associated with the common cold are a result of the body releasing chemical messenger molecules that can also contribute to airway swelling, sore throats, increased mucus discharge, and in some cases fever (here) (here).

As part of an infection response, mucus does help to trap virus particles and flush them from the body. Even without a cold, mucus plays an important role in preventing dust, debris and bacteria from entering the bloodstream, as explained in an animation from the TED Education Initiative (here)

Although mucus produced during an infection can help flush out viruses, and healthy mucus can protect against bacteria or debris entering the body, that does not mean that a cold acts to remove toxins or debris, infectious disease expert Dr. Thomas Russo (here Reuters.

Social media claims that the common cold is actually a detox capable of removing toxins from the body are false, Russo said in a phone interview. “The process is very complex,” he said, but “the cold activates the immune system, and the immune system clears the body.

Definitively, Russo said, “the infection does not remove debris.”

A recent social media post also makes claims about respiratory syncytial virus (RSV) not being “a contagious virus” but rather “the excretions of a toxic cell” and urging users to “start expressing gratitude for the symptoms, for they are the cure” (here).

Like common cold viruses, RSV is a respiratory virus that transmits from person to person and typically causes moderate cold symptoms in most people. But unlike most cold viruses, RSV can cause severe, even lethal, disease in babies and the elderly or immunocompromised, as described on the U.S. Centers for Disease Control and Prevention (CDC) website (www.cdc.gov/rsv/) and by Yale Medicine (here).

RSV infections affect millions of children in the United States each year, and send thousands to hospital, according to the publication The Conversation (here).

A recent spike in RSV infections, alongside flu and COVID cases, has stretched hospital capacity, according to Reuters reporting (here) and (here).

RSV deaths are rare in U.S. children, but 14,000 adults die annually from the virus, with older or immunocompromised individuals at greatest risk, the CDC told Reuters.

False. The common cold is the body’s response to upper-respiratory infection by a variety of common viruses, and there is no evidence that colds or RSV infections are the body’s mechanism for expelling toxins or that they have a detoxifying effect.