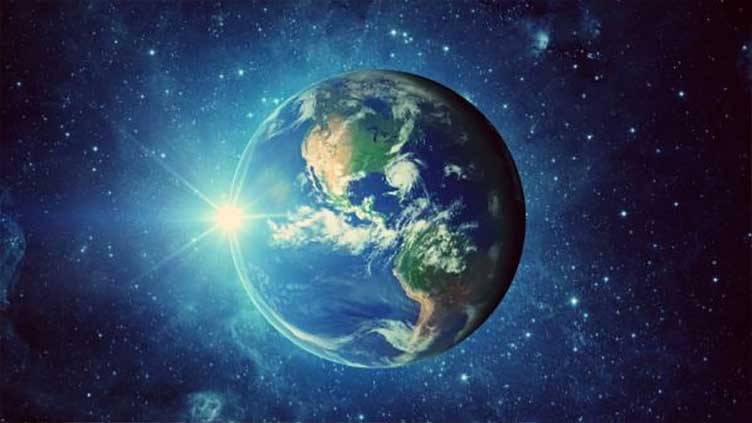 (Reuters) - Users on social media are saying people on Earth are living under a dome, also called a “firmament,” without providing evidence to support the claim. Experts told Reuters that the idea, which originates with proponents of the Flat Earth theory, is false and that there is ample evidence of rockets reaching space without hitting a dome.

One Instagram user shared a video that claims to offer “absolute proof that we do live under the dome or the firmament”, including footage of a rocket supposedly hitting a dome. The video also asserts that Admiral Richard Byrd, the American explorer who undertook multiple missions to the South Pole, found the edge of the dome in Antarctica, and that is the reason no one is allowed to visit that continent (here).

But the video’s examples offer no proof of humans living under a dome or firmament, while there is ample evidence that no dome exists.

The word firmament generally refers to the arc of the sky but is regarded in biblical cosmology as the dome created by God separating the earthly realm from the heavens (here).

VIDEO DOES NOT SHOW A ROCKET HITTING A DOME

The Instagram video includes a clip of a rocket allegedly hitting a dome, a longer version of which can be found (youtu.be/IAcp3BFBYw4?t=83) and (youtu.be/wdjxzh1O_X8?t=85). “Rocket hitting the flat earth dome”, reads the title of one of the YouTube clips.

But the video does not show a rocket hitting a dome, according to Jason Steffen, an assistant professor of physics and astronomy at the University of Nevada, Las Vegas, who has also been a member of NASA’s Kepler mission (here) since 2008 (here).

Steffen told Reuters that when the rocket apparently hit the dome and stopped spinning in the video, “there must have been some mechanism to slow the rotation”.

“That can be done with counterweights (the Kepler satellite had some, for example),” Steffen said. “When the counterweights are released, you would expect both some vibrations (sound) and a sudden slowing of the spacecraft’s rotation.”

The video appears to be from a Civilian Space eXploration Team (CSXT) rocket launch from 2014 (here). A video of the “GO FAST!” rocket launch with nearly identical footage can be found (youtu.be/ceCnJLwMdFk?t=57), and there is no mention of hitting a dome. In fact, he noted, the video clearly shows the curvature of the Earth. That suggests a view from space, beyond the limits of any purported dome.

Steffen said that “if the rocket were to suddenly hit a dome, it would be completely destroyed.” He also mentioned that “if it happened to just hit the dome right near the apex of its flight, then it would at least cause some damage to the nose,” but “the nose looks undamaged”.

Experts pointed out that if there were a dome that covered the Earth, astronauts would have encountered it by now.

Lora Bleacher, communications manager at the NASA Goddard Space Flight Center, told Reuters that “NASA has spent spacecraft far into the solar system and beyond, and we have not encountered a dome.” Images of Earth taken from space by NASA, with no dome or firmament in sight, can be viewed (here).

More than 250 robot spacecraft have been sent into space since 1958, when NASA “first began exploring beyond Earth’s atmosphere”, according to the agency’s website (here). NASA also has a record of hundreds of human spaceflights - starting with Project Mercury’s first launch in 1961 (here) and continuing through to the ongoing International Space Station mission - all of which have left Earth and returned without hitting any domes (here).

NASA has also published video of spacecraft launches, including the Atlantis Space Shuttle launch, where a crew of four veteran astronauts successfully made it to space - without hitting a dome (youtu.be/7_SNFrTr_oo?t=1603).

Thorsten Becker, a professor at the department of geological sciences at the University of Texas at Austin told Reuters that “we sent astronauts to the moon who both took pictures of a marble and not a rectangular chunk,” and that “they also didn’t bump into” a dome or “firmament”.

ANTARCTICA CAN BE VISITED

The Instagram video claims that Admiral Richard Byrd, an explorer best known for his expeditions to Antarctica, was the last explorer of the continent. The video goes on to claim that the Antarctic Treaty was created shortly afterward to prevent individuals from visiting Antarctica, because Byrd had found “the edge of the dome” there.

Reuters has previously fact checked claims about Byrd’s Antarctic explorations having discovered evidence of “secret civilizations” (here). More information on Byrd’s expeditions from the 1920s to the 1950s can be found (here).

The Antarctic Treaty, first signed in 1959, was intended to keep Antarctica a demilitarized zone to be used for peaceful purposes, including scientific research (here).

The treaty is not proof that Byrd was the last explorer of the continent nor that he ever found the edge of a dome.

Explorers, scientists and tourists continue to visit Antarctica. For example, Preet Chandi, a British army officer and physiotherapist (polarpreet.com/) became the first woman of color to complete a solo expedition across Antarctica from November 2021 to January 2022, more than 50 years after Byrd’s fifth and final expedition in 1956 (here) (here).

Individuals can also travel to Antarctica, with many visiting by cruise ship and others flying in via Australia, Chile, New Zealand, Argentina, and other locations. The U.S. Bureau of Consular Affairs advises traveling with a professional guide or organization, and warns about environmental hazards including extreme cold (here) .

The Antarctic Treaty “does not prevent tourists, military personnel or scientific researchers from being present in Antarctica - but they do require an appropriate permit from a Treaty Party”, according to the British Foreign, Commonwealth and Development Office (here). Companies that organize expeditions to Antarctica can provide the permit required to visit the continent (here), (shorturl.at/hkvxT).

False. A video provides no evidence that the Earth is under a dome or “firmament”. Publicly available information shows that spacecraft have not encountered any dome when leaving or re-entering Earth’s atmosphere, and the 1959 Antarctic Treaty did not make Antarctica off-limits to visitors.