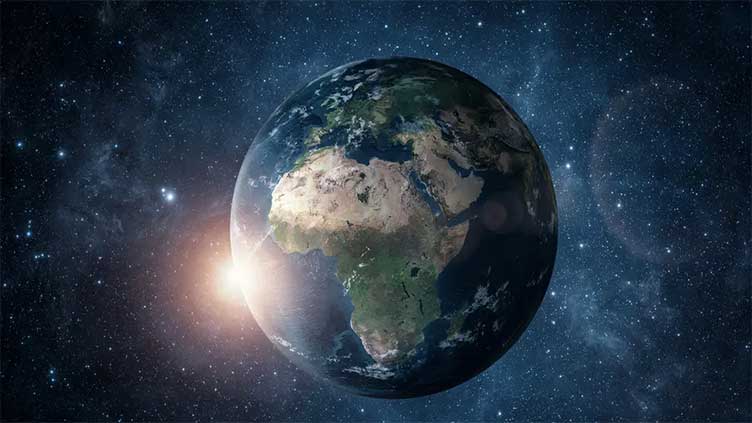 (Reuters) - Some social media users are saying that Alexander Gleason’s 19th Century “New Standard Map of the World” is proof that the earth is flat and that Antarctica is not a continent but an ice ring that circles the earth’s edges. They are wrong. The earth is not flat. The map has been misinterpreted.

One Instagram user (here) shared a TikTok video which tries to challenge the fact that that Gleason’s map is a projection of the earth as a globe. They say “where expletive is Antarctica,” pointing to the “ice ring that goes around” the world. (here).

Gleason argued that the earth is flat in his 1890 book “Is the Bible from Heaven? Is the Earth a Globe?” (here). On page 350, he mentions “a new map of the world as it is” and says, “it contains all the continents and principal islands and rivers of the world, also, all the principal cities of the earth.” (here)

In May 1893, Gleason patented the invention of the “New Standard Map of the World”, a projection of the earth centered on the north pole, which can be found (here).

But while Gleason argued the earth is flat in his book, his application to the U.S. Patent Office for the map appears to contradict this. The application states that the map is extracted from the earth as a globe. Specifically, Gleason said: “The extortion of the map from that of a globe consists, mainly in the straightening out of the meridian lines allowing each to retain their original value from Greenwich, the equator to the two poles.”

Gleason did not publicly address the contradiction between his book and his patent application. The team at Boston Rare Maps (here), which sold a rare copy of the map, said on their website they read the passage in the patent application, “as Gleason unwittingly fessing up that his map is, like any other, a projection of a globe or section thereof onto a flat surface.”

More information on Gleason’s map can be found (here) and (here).

As Gleason’s map is centered on the north pole, the edges indicate the south pole. Experts told Reuters that Antarctica is clearly visible as the white ring on the perimeter of the map, contrary to claims by social media users that the continent is not shown.

Jason Steffen, an assistant professor in physics and astronomy at the University of Nevada, Las Vegas, told Reuters that the south pole “is the entire edge of the map, and the ring is Antarctica.”

“Some people call this the snow or ice wall,” Steffen said. “But, it isn’t.”

David Goldhaber-Gordon, a professor of physics at Stanford University, said that while flat maps are convenient, “a flat map of a curved surface must have distortions,” and “different mappings create different distortions.”

“Gleason’s map could conceptually be made by placing a flat horizontal paper just above a translucent globe whose north pole is at the top; then placing a bright LED at the south pole and making each feature according to where its shadow falls on the paper,” Goldhaber-Gordon said.

Goldhaber-Gordon added that this experiment would show that “locations close to the south pole appear far apart on the map,” although that is not the reality.

Charles Bennett, a Bloomberg Distinguished Professor at Johns Hopkins University, said that representing a 3D object such as the earth in 2D is impossible “on the flat pages of an atlas,” which is why projections are used, but they are not accurate depictions of the earth’s shape.

“A projection of a person on a page is also flat (see Jeff Brown’s ‘Flat Stanley’ character), but people aren’t flat,” Bennett said. “One cannot conclude that the earth is flat on the basis of a projection – any projection.”

EARTH IS NOT FLAT

There is ample publicly available evidence that the earth is not flat. NASA has published images of the earth from space, noting the “ancient Greeks believed the Earth was round and calculated its circumference with remarkable accuracy” (here).

Before photographic proof was possible, Eratosthenes measured the earth’s shadow cast by a stick during the summer solstice to calculate the circumference of the earth (here.).

“The shadow [earth] casts on the moon during an eclipse is round, regardless of where the moon is in the sky,” Steffen said.

Steffen also said that individuals can perform a similar experiment using geometry and Polaris, or the north star, as a function of latitude.

Satellites have captured countless images of the Earth from space. The Global Positioning System (GPS) technology they power also demonstrates that the world is round. (here).

Goldhaber-Gordon said GPS is “based on not only an (approximately) spherical earth but also the special and general theories of relativity” that “would make no sense in any flat earth picture,” which is why anyone using GPS is relying on the roundness of the earth.

“Anyone who cares can make observations (of the moon’s phases, of time zones, of constellations) that can all be understood in the context of a round earth but would be hard to explain otherwise without separate reasons for each observation,” he added,

False. Gleason’s map is a depiction of the earth as a globe in a north-polar azimuthal equidistant projection and is not proof that the earth is flat.