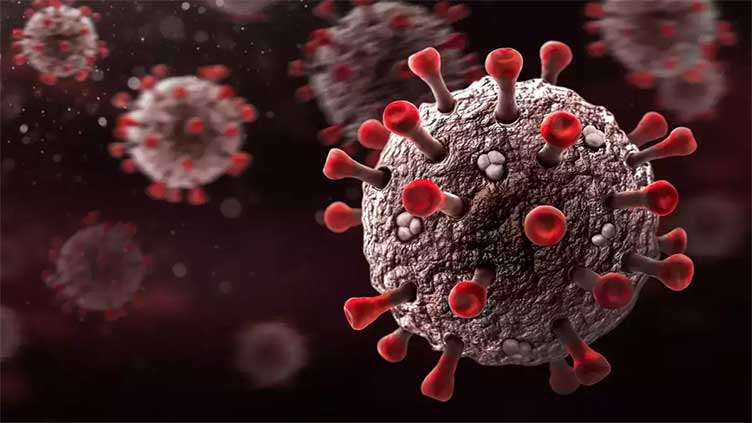 (Reuters) - Social media users have claimed that researchers at Boston University created a new strain of COVID-19 (Omi-S) that can kill 80% of people it infects. While the researchers said in a preprint study that they created a virus combining the spike protein of the Omicron variant with the backbone of an early, “ancestral” SARS-CoV-2 strain, the study was conducted in mice only, and cannot be generalized to humans, experts said.

The study authors explain in their preprint paper (here) that they set out to understand what causes the diminished disease severity seen with the Omicron variant as compared to past variants.

The authors describe the creation of a chimeric SARS-CoV-2 virus with the spike protein of Omicron and the remaining viral structures from the original virus strain that spread around the world in early 2020. The authors then infected different sets of transgenic mice designed to be susceptible to SARS-CoV-2 with one of the three strains: Omicron, the ancestral virus, or the Omi-S hybrid virus (here).

Following the release of the preprint, some went online to express concern about the type of experiment that was conducted and whether it fell into a controversial category known as “gain of function” research, while others claimed that the study authors created a variant that was highly lethal to humans.

One individual tweeted about the study: “Why is Boston Universty [sic] creating strains of COVID that will kill 80% of people it infects? What is the goal here? Who is financing this” (here).

Others shared the claim that the Omi-S had an “80% kill rate,” without specifying whether this referred to mice or humans.

Some linked the research with claims that the virus would be ‘leaked’ ahead of the US midterm elections in November (here). Reuters previously addressed the narrative that disease outbreaks are “planned scare tactics” to manipulate voters (here).

The study was not conducted in humans, and the chimeric virus was never tested in people. The experiments were done on mice engineered to have a specific human cell-receptor that makes them susceptible to being infected by the coronavirus.

The head of the lab in question stated that the 80% figure had been misrepresented online. “This was a statement taken out of context for the purposes of sensationalism,” Ronald Corley, the Director of the university’s National Emerging Infectious Diseases Laboratories (NEIDL) said in a statement published online (here).

The lead author of the study, Mohsan Saeed, said in the statement: “Consistent with studies published by others, this work shows that it is not the spike protein that drives Omicron pathogenicity, but instead other viral proteins. Determination of those proteins will lead to better diagnostics and disease management strategies.”

The results of the study in mice can’t predict what would happen if people were infected with the hybrid virus, an expert told Reuters.

The model of infecting mice to predict what infection would do to humans is not a good one, Marion Koopmans, Head of the Erasmus MC Department of Viroscience told Reuters.

“If you look at the paper, this is a special animal model. The ancestral virus (the viruses as they were when introduced in Europe and the US) in this mouse model kills 100% of the animals. That is of course very different from what we have seen in humans,” Koopmans said.

Early in the pandemic, the fatality rate of the ancestral virus for people in a multicountry European analysis was estimated at about 4% (here).

Richard Ebright, Board of Governors Professor of Chemistry and Chemical Biology at Rutgers University agreed that the effect of the Omi-S on humans is “unknowable” based only on mouse experiments. But he emphasized that is a reason the study was potentially dangerous.

“The risk posed by the novel lab-generated coronavirus is that it has the high immune-escape properties of omicron BA/1 and has higher lethality than omicron BA.1 in mice engineered to display human receptors for SARS-like coronaviruses,” Ebright said in an email.

The worry is that the chimeric virus might have the same high transmissibility between people as Omicron, while potentially also causing more severe disease like the ancestral strain.

That possibility sparked debate on whether the study amounted to gain-of-function research, where a virus is enhanced through a change in a property such as transmissibility or a by having a new property added (here).

The charge was denied by the university, with Corley arguing that the original virus became less deadly to mice through the study (here).

However, other scientists focused on the modification of the original strain through the addition of the Omicron spike protein that would potentially enhance its transmissibility.

“This unequivocally was gain of function research,” Ebright told Reuters, while Koopmans said: “In this specific study, there certainly is ‘change of function,’ and – if you look at the combination of the older strains that caused more lung disease and the immune escape of omicron, you can consider that gain of function.”

Missing context. The pre-print found that the lab-created chimeric virus Omi-S killed 80% of specially-engineered mice that were infected with it, which is a lower lethality rate than the same type of mice experienced with the original SARS-COV-2 virus but a higher rate than with the Omicron variant. The mice are not representative of what would happen in humans, and the lethality of the experimental strain in people is “unknowable,” but some scientists worried that the experimental virus might combine the ancestral strain’s virulence with Omicron’s high transmissibility.