Monkeypox, polio and new COVID variants are not 'planned' as 'scare tactics' to affect the U.S. midterms 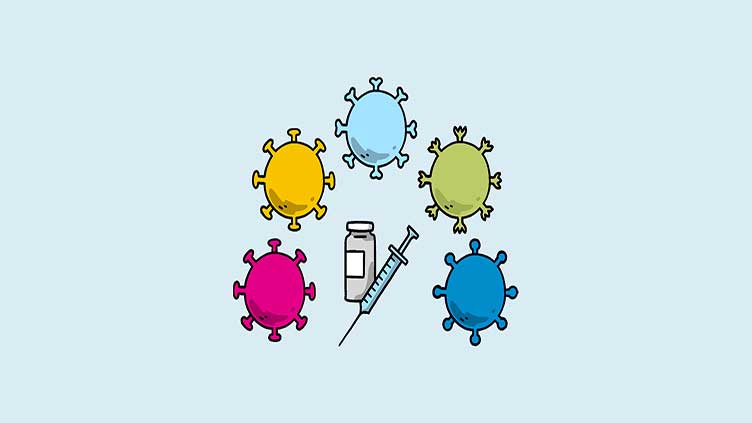 Monkeypox, polio and new COVID variants are not 'planned' as 'scare tactics' to affect the U.S. midterms

Monkeypox, polio and new COVID variants are not 'planned' as 'scare tactics'

(Reuters) - Monkeypox and polio outbreaks, or new COVID-19 variants, have not been “planned” or orchestrated as “scare tactics” to manipulate the Nov. 8 midterm elections in the United States. Social media posts making these claims are unproven; experts told Reuters the circulation of these viruses is unrelated to the elections, and they shouldn’t disrupt the upcoming electoral process.

This narrative is not new. In the early months of the COVID-19 pandemic, Reuters debunked misleading posts claiming that “every electoral year has a disease outbreak” (here) or that former president Donald Trump could use the coronavirus pandemic to suspend or postpone the presidential election (here).

Other claims debunked by Reuters around COVID-19 and the 2020 general election can be found here: (here) (here).

In December 2021, Reuters debunked allegations that the COVID-19 Omicron variant was a ploy to push mail-in-ballots for the midterm elections (here).

Mail-in voting, however, is unlikely to be used as heavily in November’s congressional election as it was in 2020 during the height of the COVID-19 pandemic. A Reuters explainer delving into new restrictions on mail-in voting that have since passed in 18 states, and which voting rights advocates warn could disenfranchise voters, is viewable (here).

Reuters reached out to the Election Assistance Commission for comment and will update if they respond.

A single case of vaccine-derived poliovirus infection (here), the first confirmed case of polio in the United States in nearly a decade, was registered in July in New York’s Rockland County, according to the state health department (here).

New York State has also identified vaccine-derived poliovirus in samples of wastewater in at least four counties since April (here). Testing wastewater is a common method of disease surveillance to detect whether polio or other pathogens are present in a community – more information about this (here).

The declaration, which has been extended to Nov. 8, enhances vaccination efforts and directs healthcare providers to update the state with data on polio immunizations. It doesn’t mention elections. So far, the state has not imposed any lockdowns or other measures that would restrict people’s ability to vote in person (here) (here)

As laid out in a Reuters explainer (here), experts agree that the major driver behind both vaccine-derived and wild polio outbreaks remains an under-vaccinated population.

Travel, as COVID-19 restrictions eased around the world this year, may have also contributed to the circulation of both polio and monkeypox, with “people having greater opportunities for exposure,” Ian Lipkin, director of the Center for Infection and Immunity at Columbia University Mailman School of Public Health, told Reuters.

“Monkeypox is nothing more than a scare tactic to make you stay home and not vote in the November elections. Like we never knew this was going to come up another fake virus implemented by the left,” reads one Facebook post.

Since May of this year, more than 90 countries where monkeypox is not endemic have reported outbreaks of the viral disease, which has been declared a global health emergency by the World Health Organization (WHO).

With 27,022 total confirmed cases in the United States reported by the U.S. Centers for Disease Control and Prevention (CDC) as of Oct. 12, new cases are trending downward. The peak of new U.S. monkeypox cases so far was registered during July and August (archive.ph/trMYa) (here).

Like Polio, no lockdowns or measures that would restrict people’s ability to vote in November have been implemented in the country for monkeypox.

The United States is approaching the 2022 midterm elections with a vastly different public health landscape than the 2020 election.

In 2020, the general election coincided with the fastest surge in new infections since the pandemic’s start, record hospitalizations and a rising death toll (here).

Two years later, over 79% of Americans have received at least one vaccine dose, per CDC statistics (bit.ly/3D8PsIR). Data shows daily deaths (bit.ly/3D5BtTR) and hospitalizations have declined since this summer (bit.ly/3Ty4Gwq).

The bivalent vaccine boosters currently offered in the U.S. are expected to be effective against Omicron BA.4 and BA.5 and their offshoots, according to Reuters reporting (here ).

Public health authorities have not alluded to further lockdowns or restrictions to movement in light of these variants that might affect the upcoming elections.

Experts contacted by Reuters dismissed claims that these disease outbreaks are connected to election cycles and said they would not disrupt the upcoming electoral process.

“Polio and monkeypox are not diseases that will have an impact on elections, based on the way they spread and the levels of disease and the population, this is not something that people should be worried about,” Tara Kirk Sell, Senior Scholar at the Johns Hopkins Center for Health Security at the Bloomberg School of Public Health told Reuters.

As for COVID-19, Sell said that current population immunity, vaccination, as well as preventive measures like mask wearing make it “not a very large concern for people to actually go and vote in person.”

Other experts also said none of these diseases should affect next month’s elections and dismissed the idea they were “orchestrated” to disrupt the midterms.

“Mother Nature doesn’t care what dates we have elections scheduled,” Michael Osterholm, director of the Center for Infectious Disease Research and Policy at the University of Minnesota, told Reuters.

“We live in a world today of 7.6 billion people who have contact with many animal species and who live in squalor conditions that make such infectious disease outbreaks a modern reality,” he said via email.

False. There is no evidence that monkeypox and polio outbreaks or new COVID-19 variants have been orchestrated as “scare tactics” to manipulate the U.S. midterm elections. Experts told Reuters the circulation of these viruses is unrelated to the elections, and they shouldn’t disrupt the upcoming electoral process.