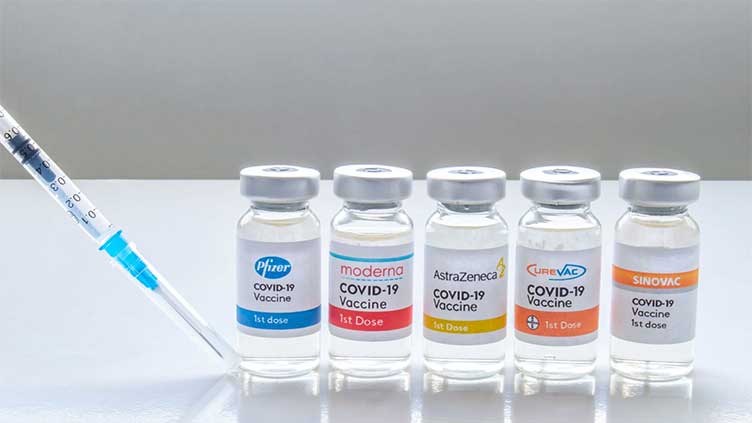 (Reuters) - Social media users are circulating video clips of testimony by a Pfizer executive, who is said to “admit” that the company and its partner BioNTech did not test whether their mRNA-based COVID-19 vaccine reduced virus transmission prior to rolling it out – which is something the companies were not required to do for initial regulatory approval, nor did they claim to have done.

To get emergency approval, companies needed to show that the vaccines were safe and prevented vaccinated people from getting ill. They did not have to show that the vaccine would also prevent people from spreading the virus to others. Once the vaccines were on the market, independent researchers in multiple countries studied people who received the Pfizer-BioNTech vaccine and did show that vaccination reduced transmission of variants circulating at the time.

As these results on transmission were emerging in early 2021, national health authorities in many countries implemented or proposed vaccine-passport-style regulations that prompted ongoing debate (here) over the ethical and legal basis of the rules.

The misleading posts imply that national restrictions such as vaccine passports were based on a promise of vaccines blocking virus spread that neither the companies nor EU regulators made before the vaccines were marketed.

The testimony clips appear to originate in a longer video tweeted on October 11 by European Member of Parliament Rob Roos of the Netherlands, with the caption “BREAKING: Vaccine never tested on preventing transmission This means the COVID passport was based on a big lie” which has been shared more than 170,000 times (here).

In the video shared by Roos, he addresses the camera and states that the Dutch prime minister and health minister told the Dutch people that “if you don’t get vaccinated, you’re antisocial” and that “you don’t get vaccinated just for yourself, but also for others.” Roos continues, “Today, this turns out to be complete nonsense. In a COVID hearing in the European Parliament, one of the Pfizer directors just admitted to me: at the time of introduction, the vaccine had never been tested on stopping the transmission of the virus. This removes the entire legal basis for the COVID passport.”

In the video, Roos then introduces the testimony clip showing himself first asking a person identified as J. Small of Pfizer for a “clear” yes or no answer to the question, “Was the Pfizer COVID vaccine tested for stopping transmission of the virus before it entered the market?”
Small responds, “No” and explains, “we had to really move at the speed of science to understand what is taking place in the market.”

The European Parliament Multimedia Centre makes a longer compilation of excerpts from the full hearing available online (here). The hearing is identified as having taken place on Oct. 10, 2022, and included testimony from “Janine Small, President of Developed Markets, Pfizer.”

The hearing’s focus was the transparency of negotiations between Pfizer and the European Union over advance-purchase orders for 200 million vaccine doses that were placed before the vaccine had gained regulatory approval, according to Reuters reporting (here)

NOT REQUIRED, NOT PROMISED

In the video clip shared online, the Pfizer executive accurately states that studies of the vaccine’s effect on virus transmission from person to person were not performed during the original clinical trials of the company’s vaccine.

At the time governments were negotiating advance purchases of vaccine in 2020, the European Medicines Agency had already laid out requirements for an application for conditional marketing authorization of a COVID-19 vaccine, clinical trials were underway, and tests to show the vaccine prevented onward transmission were not required of any vaccine maker.

In a presentation later that year (here), the EMA listed vaccine benefits that clinical trials were intended to demonstrate (slide 8), which included only safety and at least 50% efficacy against “symptomatic disease” (here).

The same presentation slide describes “Other benefits likely uncertain at approval and only clearer after the vaccine is used” to include the vaccine’s “long term protection,” “prevention of infection (asymptomatic cases),” and “prevention of virus transmission in the community - needs specific studies post-approval necessary to show.”

The U.S. Food and Drug Administration laid out similar expectations for vaccine trials in June of 2020, and did not require data regarding the effect on virus transmission. (here)

A Pfizer spokesperson confirmed to Reuters Fact Check that the company was not asked by regulators to assess the transmission question in the original trials of the vaccine (known as BNT162b2 while in development and later marketed as Comirnaty).

“Our landmark phase 3 clinical trial (protocol published November 2020) was designed and powered to evaluate efficacy of BNT162b2 to prevent disease caused by SARS-CoV2, including severe disease,” the spokesperson said in an email. “The pivotal BNT162b2 clinical trial met two critical endpoints including the efficacy end-point which is prevention of confirmed symptomatic COVID-19 infection and the secondary end-point was prevention of severe disease. The BNT162b2 trials were not designed to evaluate the vaccine’s effectiveness against transmission of SARS-CoV-2.”

As clinical trial data on vaccine efficacy against the main endpoints – symptomatic and severe disease -- began to be released in November 2020 (here), researchers and regulators made clear in public statements that the vaccines’ effect on virus transmission remained unknown (here). The Pfizer/BioNTech vaccine began rolling out immediately after receiving emergency use authorization in the U.S. on Dec. 11, 2020 and conditional marketing authorization in the EU on Dec. 21 (here).

In a summary of its vaccine assessment published on Dec. 21, 2020, the EMA states: “The impact of vaccination with Comirnaty on the spread of the SARS-CoV-2 virus in the community is not yet known. It is not yet known how much vaccinated people may still be able to carry and spread the virus.” (here).

BioNTech also stated publicly at the time that answering the transmission question would require at least three to six more months of study, according to Reuters reporting (here).

Further undermining the idea that Pfizer “admitted” something in the recent hearing that was not already widely known, in January, 2021, Pfizer CEO David Bourla continued to state that the company did not know if the vaccine would prevent transmission. He told online news site The Journal that the preliminary data on transmission in the broader population were “encouraging” but that “This is not conclusive yet. We know that in animals, (there is) significant protection from transferring the virus…. We haven’t (proven that in) humans yet.” (here)

Within months of the vaccine hitting the market, researchers in the UK (here) and Israel (here) began publishing studies suggesting that the Pfizer vaccine was reducing transmission of the virus.

In February 2021, for example, Israeli data (here) showed a sharp drop in infections among healthcare workers within 15-28 days of receiving the two-shot Pfizer vaccine series, indicating the vaccine was not just preventing symptomatic disease, but also preventing the virus from being passed from person to person.

“Whether it is 75 or 90 percent reduction doesn’t matter - it is a big drop in transmission,” Michal Linial, a professor of molecular biology and bioinformatics at Jerusalem’s Hebrew University, told Reuters at the time. “It means that not only is the individual vaccinated protected, the inoculation also provides protection to his or her surroundings” (here)

Evidence continued to build in 2021 that the mRNA-based vaccines prevented infections and onward transmission of the virus (here). But with the advent that year of the coronavirus Delta variant, plus waning immunity from vaccines delivered at the start of the year, protection against infection and transmission was seen to be dropping, although not eliminated, as previously described by Reuters Fact Check (here).

The newest family of Omicron variants has further eroded vaccine effectiveness against infection and transmission (here) . But even Omicron does not escape vaccine protection completely.

A recent study in U.S. prisons, for example, found that vaccinated people who experience an Omicron breakthrough infection still have lower odds of passing the virus to their contacts (here). The protection was seen to start waning quickly, though, the journal Nature reported: “For every 5 weeks that passed since a person’s last vaccine dose, the risk of transmitting the infection to a close contact increased by 6%” (here)
Rob Roos did not immediately respond to a Reuters request for comment.

Roos told the Associated Press that his tweet was not making a point about Pfizer, but about government mandates for COVID vaccination (here)

Misleading. Social media posts claiming that a Pfizer executive “admitted” the company did not test its COVID vaccine’s ability to prevent virus transmission before receiving marketing approval imply that the company had been required to do so or claimed to have done so, which is false. National policies requiring vaccination to access public spaces or to enter a country that were implemented in early 2021 may have been based in part on data emerging at that time showing the vaccine did, in fact, prevent transmission of the variants then circulating.