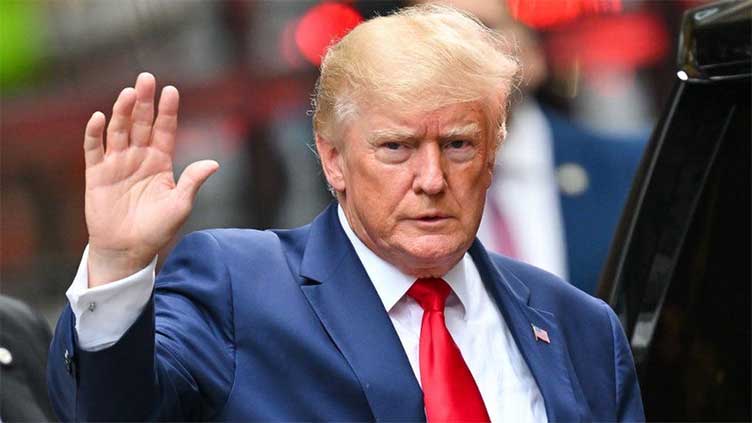 (Reuters) - Allegations shared thousands of times online that former U.S. President Donald Trump said Britain’s Queen Elizabeth had knighted him in private are unsubstantiated. A supposed screenshot of a Truth Social post sent from Trump’s profile appears to be fabricated: no such post is viewable on his timeline or archived versions of it.

Trump’s platform, Truth Social, restored his social media presence more than a year after he was banned from Twitter, Facebook and YouTube following the Jan. 6, 2021, U.S. Capitol riots, when he was accused of posting messages inciting violence (here).

“I never told anybody but she knighted me in private,” reads the alleged screenshot purportedly sent from the verified Truth Social account @realDonadlTrump, marked with a red checkmark. The image circulating online does not include any reactions – comments, “reTruths” or likes.

“I never thought I’d get to type MAGA and Sir Donald in the same message. Do they realize they are following a crazy person?” one Twitter user wrote.

“”Sir Donald” This is the most delusional, narcissistic and batshit crazy thing he’s written,” part of another tweet commenting on the image reads.

The claim also made its way to highly-shared memes (here) (here).

Queen Elizabeth, Britain’s longest-reigning monarch, the nation’s figurehead, and a towering presence on the world stage for seven decades, died peacefully at her home in Scotland on Sept. 8 aged 96 (here).

Reuters presented the image to Liz Harrington, a spokesperson for Trump, who told Reuters via email: “He did not post this.”

Reuters found no record of the alleged post on Trump’s Truth Social profile. The 19 archived versions of his profile since Sept. 8, available on Wayback Machine, also do not show any such post (here).

On Sept. 8, he sent three posts with condolences and a post referring to Elizabeth’s successor, King Charles (here).

He has since also posted photographs showing himself with Queen Elizabeth (here) and links to media outlets reporting about his statement on Truth Social (here) (here).

He also shared a link to a piece he authored for the Daily Mail (here) on Queen Elizabeth’s passing – no such claim was made in the article.
Trump was also interviewed by UK-based television and radio news channel GB News on Sept. 8. He made no statement about being “knighted” (here here).

The screenshot circulating on social media was likely fabricated as satire.

The earliest iteration Reuters was able to identify was posted on Twitter (here) on Sept. 9 at 11:36 ET. “Who did this?,” they wrote and included three crying laughing emojis on the tweet (here).

The user, whose name includes the words “meme thief,” has also referred to the image as “parody” (here) (here) (here).

False. Reuters found no record of this alleged post on Truth Social. A spokesperson for Trump said he did not post the message.