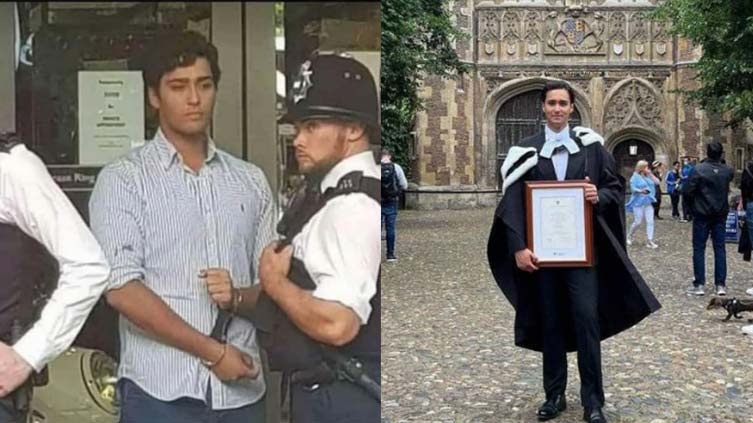 Several users on Twitter shared a video showing Junaid Safdar being taken away by the police in a van. Few social media accounts users claimed Junaid safdar has been arrested in relation to the discovery of a Bentley in Karachi stolen from London and some claimed Junaid had been arrested for obtaining a fake degree.

PML-N Vice-President Maryam Nawaz’s son Junaid Safdar responded that social media news was fake and baseless. He said, “News regarding my arrest is fake. For those who have a short memory, this video is from 2018. I was arrested after responding in self-defence to an attack instigated by a group of young violent men

Junaid said that Scotland Yard carried out a criminal investigation and no further action was taken.

Junaid Safdar further added, “I am told that the journalist responsible for propagating this fake news has deleted his tweet, perhaps less out of moral considerations and more out of embarrassment. No apology or clarification was issued. Must really be a man of grace and integrity. I have nothing more to say about his conduct.”

Junaid Safdar said it was unfortunate that social media is used these days as a vehicle to run fake political campaigns and to target opponents. He said those interested in his degrees should contact the universities from where he has obtained qualifications.

The video that was posted on Twitter showing Junaid in handcuffs was made on july 2018 on the day Nawaz Sharif and Maryam Nawaz left for Pakistan from London before General Elections. A scuffle had broken out between Junaid Safdar, his two cousins and protestors who had attempted to gain access to Avenfield flats.