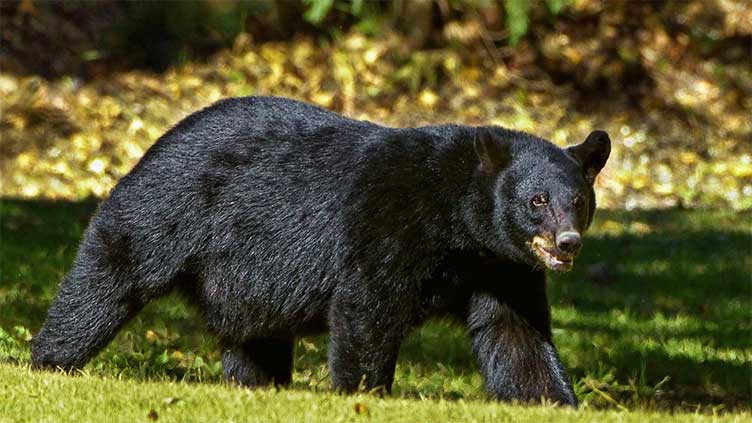 (Reuters) - Social media users, seeking to highlight immigration issues in central Europe, have shared a video of a black bear climbing a fence and have claimed without evidence that it was taken at the Belarussian border with the European Union. Some users claimed the video was captured at the Belarus-Lithuania border, while others claimed it was Poland, where stretches of razor wire have been erected to prevent illegal immigration. However, the video of the bear was captured at Tyndall Air Force Base in Florida.

The bear is seen scaling a barbed wire fence and jumping down the other side, amongst green vegetation.

“Lithuania completed building a fence along its border with Belarus,” said the caption written in one Twitter post. “But not everyone supported this decision” (here ).

A Facebook user posted the same footage with a caption: “Yet another illegal immigrant from the territory of Belarus has crossed to Poland over the fence which was recently built for the Polish border guards. The guy has injured his paw on the barbed wire, but we hope, he will be OK” (here ).

Another iteration can be viewed (here ) , while a screenshot from the video was also shared (here ).

However, the video has nothing to do with Europe. It can be traced to a United States-based Facebook user, Kevin Dalrymple, who uploaded it on Aug. 10 and told his friends it was filmed on Tyndall Air Force Base in Florida (here ).

Reuters has not independently verified the exact location of the video, though the roadside container seen midway through can also be seen at various Google Street View locations on the base. See one such example: bit.ly/3Bv4esg.

According to the website for the base, the facility shares its land with a population of black bears (here).

The only two species of bears living in Europe are brown bears and polar bears, according to the IUCN Red List of Threatened Species (here ).

Meanwhile, EU member states have accused Belarus of encouraging migrants from the Middle East, Afghanistan and Africa to cross its border to the EU in retaliation for sanctions imposed on Minsk over human rights abuses (here ). The European Union accuses Belarus of deliberately encouraging the migrants to enter EU states Poland, Lithuania and Latvia via Belarusian territory as a way of putting pressure on the bloc. Belarus has repeatedly denied this but its president, Alexander Lukashenko, has said his country would no longer stop the migrants since EU sanctions drain resources. All three EU countries have put stretches of razor wire on the border to prevent illegal migration (here ).

Poland started building its 5.5-metre tall steel border barrier in January after nearly 40,000 people, mostly from the Middle East and Afghanistan, tried to cross from Belarus between August and January (here ) The barrier was completed on June 30. (here ).

Lithuania published a statement on Aug. 29, 2022, announcing that it has completed the final segments of the physical barrier on the Lithuania-Belarus border, saying:“The total height of the fence with the concertina coil is approximately 4 meters” (here ).

Miscaptioned. The video was captured in Florida, not Europe.