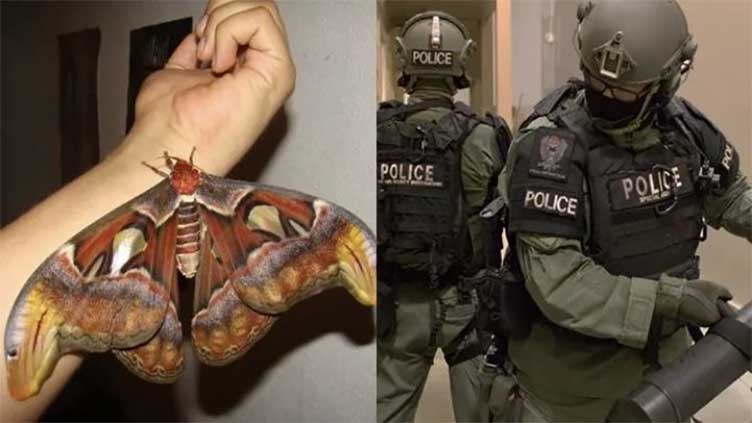 (Reuters) - A fabricated image has circulated online purporting to show a CNN headline claiming that an agent with the U.S. Bureau of Alcohol, Tobacco, Firearms and Explosives (ATF) killed a pet moth when searching an individual’s house without a warrant. The image is fabricated, and no such headline or article was published by the outlet; however, the screenshot duped many online.

A CNN banner is viewable in the image above the headline: “ATF agent squashed a pet Atlas Moth at the house of a man with no active warrants.” The byline credits Reuters, while the next line in the screenshot shows the purported article to have been updated on Aug. 21, 2022.

One user who shared the image on Facebook said: “Why do Government agents hate Mother Nature? They raided an innocent man without any warrant as required by the Bill of Rights in our sacred Constitution” (here).

Another iteration of the screenshot gathered nearly 91,000 likes at the time of writing (here).

An individual added in the comments underneath the image: “No active warrants means not just innocent but not even under enough suspicion for a warrant! What we’re [sic] they even doing there?” (here).

A search through CNN’s website did not reveal the supposed article (archive.ph/wip/asNtY), nor is the alleged headline viewable in archived versions of the outlet’s website saved on Aug. 21, 2022 (here), (here).

A Google advanced search did not show the headline published by any media outlet. Instead, it was shared widely via the meme website, iFunny (here), (archive.ph/wip/uIzy8).

The image is an example of imposter content, which is an image or clip that mimics a legitimate organization such as a news outlet to support a claim or narrative. Other examples of imposter content that duped users online can be found (here), (here).

False. An image that purports to show a CNN headline reporting that an ATF agent killed a pet moth when searching an individual’s home without a warrant is digitally altered. No such headline was published by the outlet, although some viewers were duped online.