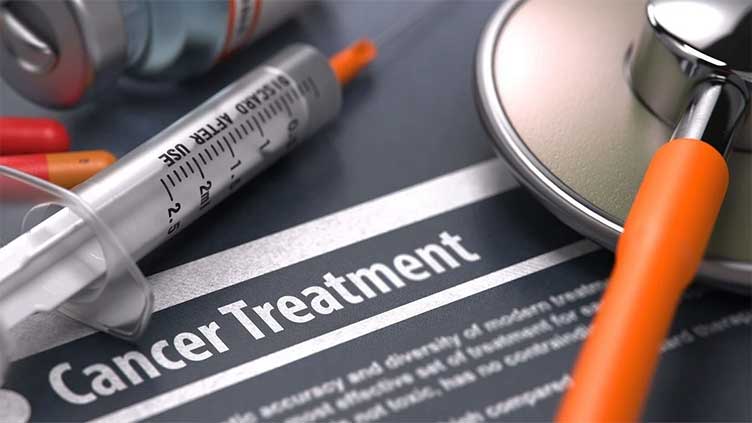 (Reuters) - Social media claims that research by American inventor Royal Raymond Rife in the 1920s and 1930s -- as well as modern techniques that use targeted low-frequency energy -- represent a workable cancer “cure” are missing the context that none of these approaches has ever been demonstrated to cure a person or animal of cancer.

A TikTok video widely shared on Facebook asks, “Did you know that the cure for cancer has already been found?” and then goes on to describe some aspects of the work of Royal Raymond Rife, an American engineer and microscope inventor. Rife developed a theory that targeting bacterial cells with electromagnetic energy at a frequency determined by the organism’s own unique energy frequency would create a cell-shattering resonance. The video also cites two modern researchers by name as examples of contemporary cancer-therapy approaches based on this idea of cellular resonant-energy frequencies.

The video can be seen posted on Facebook (here) (here) and (here) and gets some details wrong as it focuses on Rife’s use of targeted energy to destroy cancer cells. Not noted in the video, for example, is that Rife believed cancer-causing viruses and bacteria had specific frequencies, not the cancer cells themselves, and that killing these pathogens would destroy the cancer cell along with microbes (here).

The video claims, “Resonance can basically amplify the frequency of anything and destroy it” and that “Rife created a device that could shatter cells by matching the resonant frequency… his Rife machine destroyed 60% of the cancer cells in his patients. Now, sadly, some greedy people at the time thought that this was bad for the medical business… so they found ways to destroy Rife’s career and his new invention….”

The speaker in the video then cautions that “medical news” calls Rife’s findings a hoax, adding, “This would be believable if other people hadn’t reproduced the same results also using frequencies and resonance.”

The speaker in the video cites the example of researcher Anthony Holland, who is said to have “destroyed leukemia cells and also pancreatic cancer cells using resonance, also destroying 60% of cells like Rife did and slowing the growth of cancer by 65%....” Next, the video shows an image of Christine Gibbons, currently CEO of the company Histosonics, while the narration mischaracterizes Gibbons’ company’s technology as using “soundwaves to destroy cancer tissue also by matching the cancer’s resonant frequency.”

Reuters has previously factchecked claims that modern-day “Rife machines,” which are marketed as being based on Rife’s original device and theory, can cure cancer (here). Other outlets have also addressed the fact that modern Rife machines and other low-energy technologies that might sound similar have never been scientifically tested and shown to “cure” cancers in people (here), (here), (here) and (here).

While Rife’s experiments breaking up cells in the lab are well documented, no clinical trials or scientific studies of the effects of Rife’s original devices on cancers or other diseases in patients have been published, according to reviewers that looked for them (here), and to a vendor selling Rife Machine accessories and historical compilations of Rife-related documents and interviews (rifevideos.com/library.html).

Dr. David Gorski, a professor of surgery at Wayne State University School of Medicine and a breast cancer surgeon and researcher at the Barbara Ann Karmanos Cancer Institute, told Reuters by email that apart from anecdotes and testimonials, he is unaware of any evidence that validates Rife’s claims or work.

Gorski, who is also managing editor of the Science-Based Medicine website (sciencebasedmedicine.org/), added, “I haven’t seen evidence that it’s ever been successfully tested in any models of cancer.”

Music professor and composer Anthony Holland, cited in the video posted to Facebook, conducted experiments with bacterial and cancer cells in the laboratory, which Holland described in a 2013 TEDx talk (here). TED has since flagged the video, with a note stating that “it appears to fall outside TEDx’s content guidelines. Resonant Frequency Therapy has not been proven effective by scientific research.”

Holland, who did not respond to a Reuters request for comment, explained his approach in the TEDx talk as targeting the cells with energy at two different frequencies to achieve an “11th harmonic” that produced a change in the cells’ shape and behavior visible under a microscope.

Holland’s theory as he described it differed from Rife’s in that the cancer cell types he tested were said to be “vulnerable” to this energy delivered “between the frequencies of 100,000 and 300,000 hertz,” but Holland did not claim that the tumor cells had unique frequencies of their own. The company Holland created to pursue the work (here) never reported further tests to explain the significance of the cell-shape changes observed, or any animal or human test results.

Histosonics CEO Dr. Christine Gibbons, who in 2017 also delivered a TEDx talk about the technology she was co-developing at the time (here), does not make any claims related to Rife, frequency resonance, or the electromagnetic frequencies of cells in her TEDx talk or elsewhere. The company’s technique for destroying tumors, known as histotripsy, is not related to electromagnetic frequencies or resonance.

It uses ultrasound to break up cancer cells from within by targeting them with sound waves at frequencies that cause a kind of turbulence inside the cell known as cavitation. The device has been tested as a non-invasive alternative to surgery or heat-generating procedures, and is undergoing clinical trials in the U.S. and Europe, according to the company.

“Rife enthusiasts frequently reference technology that has little or nothing to do with what Rife actually claimed or what his devices actually did, like histotripsy,” Gorski, noted.

The body does have “lots of electrochemical activities,” he added, “If it didn’t EKGs, EEGs, and EMGs wouldn’t work.” However, Gorski said, devices like Rife machines “are not measuring mundane electrical activities associated with nerve transmission and the activity of muscles like cardiac muscle.”

Misleading. Royal Raymond Rife showed he could destroy cells in a laboratory and claimed to have identified a potential cure for cancer and infectious diseases, but his theory and method have never been scientifically tested and proven effective in people. One modern technique cited in the video that relies on resonant frequencies differs from Rife’s and has also never been proven, while another cited technique, histotripsy, has nothing to do with Rife’s theory or with frequency resonance.