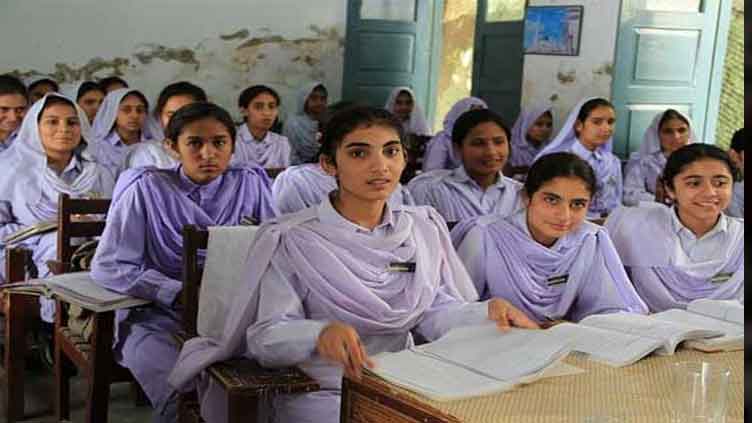 LAHORE (Dunya News) – The fake news about the closure of schools have begun to spread.

Taking it to twitter, NCOC declared the news regarding the closure of primary schools as  fake  news. Moreover, it stated that the false news is being conveyed through a fake account of NCOC against which an operation has been launched by the Federal Investigation Agency (FIA) Cyber Crime Wing.

Earlier today, pertaining to the rising COVID-19’s Omicron cases across the country, the National Command and Operation Centre (NCOC) has proposed to open the educational institutes three days a week.

The second important meeting of the NCOC was held in which the situation of educational institutions was also reviewed while various proposals regarding new restrictions were considered in the meeting.

Moreover, it was discussed in the meeting that a proposal to make schools online for seven days in Islamabad was also considered.

Earlier today, Pakistan reported 10 deaths in the last 24 hours by novel coronavirus as the number of positive cases has surged to 1,333,521. The nationwide tally of fatalities has jumped to 29,029.

According to the latest figures by the National Command and Operation Center (NCOC) 5,034 persons tested positive for COVID-19 in the past 24 hours.

The COVID-19 positivity ratio was recorded at 9.45 percent.