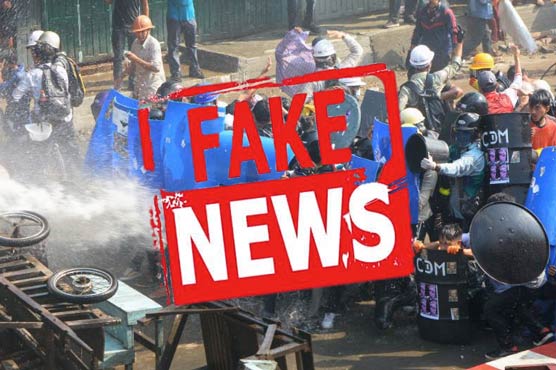 (AFP) - Multiple Facebook posts shared tens of thousands of times in February 2021 claim the United Nations “declared war” on Myanmar four weeks after a military coup. The posts, which shared two photos of US military personnel, claim 180 countries have committed to join the war effort. The claims, however, are "completely false", according to the UN. The images shared in posts are generic photos of US Air Force personnel that predate the Myanmar military coup in February 2021. 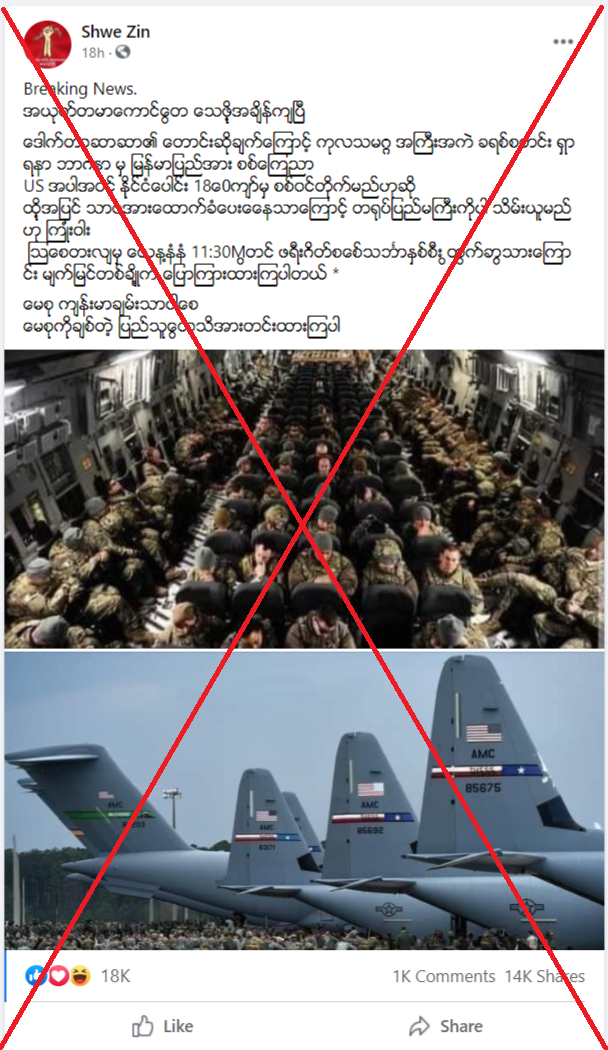 The post’s Burmese-language caption translates to English as: “Breaking news.

“It is time for evils to die.

“UN Chief Christine Schraner Burgener has declared war on Myanmar due to the request of Dr. Sasa.

“It is said that more than 180 countries, including the US, will go to war.

“Some witnesses say two frigates left Australia [for Burma] at 11:30am today.

Christine Schraner Burgener was appointed as the UN special envoy on Myanmar in 2018. On February 26, 2021, less than four weeks after the Myanmar military seized power in a coup, Burgener presented a briefing report on the situation in Myanmar at the UN General Assembly.

Dr. Sasa is envoy to the United Nations by the committee representing Myanmar’s ousted civilian government.

The announcement issued by the State Administration Council’s information team reads: "It’s illegal to perform the Hluttaw works such as forming committees representing Hluttaw without authority, holding committee meetings, making announcements and notifications and appointment of representatives during the investigation period of UEC."

The Hluttaw refers to the Assembly of the Union, the national-level bicameral legislature of Myanmar established by the 2008 National Constitution.

The claims, however, are false, according to the UN.

Stéphane Dujarric, a spokesperson for the UN Secretary-General, told AFP in an email on March 1, 2021: “We have repeatedly called on the military authorities to reverse their actions and restore the democratically expressed will of the people. However, we have never called for a ‘war’ on the military".

There are no credible media reports or official UN statements to support the false claim that war had been declared.

Britain has called for the UN Security Council to meet on March 5, 2021 on Myanmar, diplomatic sources told AFP, as security forces have steadily stepped up their use of violence against anti-coup demonstrators in the Southeast Asian nation.

Australia’s Department of Defence told AFP on March 3, 2021 that it had not sent "two frigates" to Myanmar, as the false Facebook posts claimed.

The first photo was published on the US Air Force’s official website on April 5, 2012. The photo was taken on March 20, 2012, and shows US troops at a transit center in Kyrgyzstan. 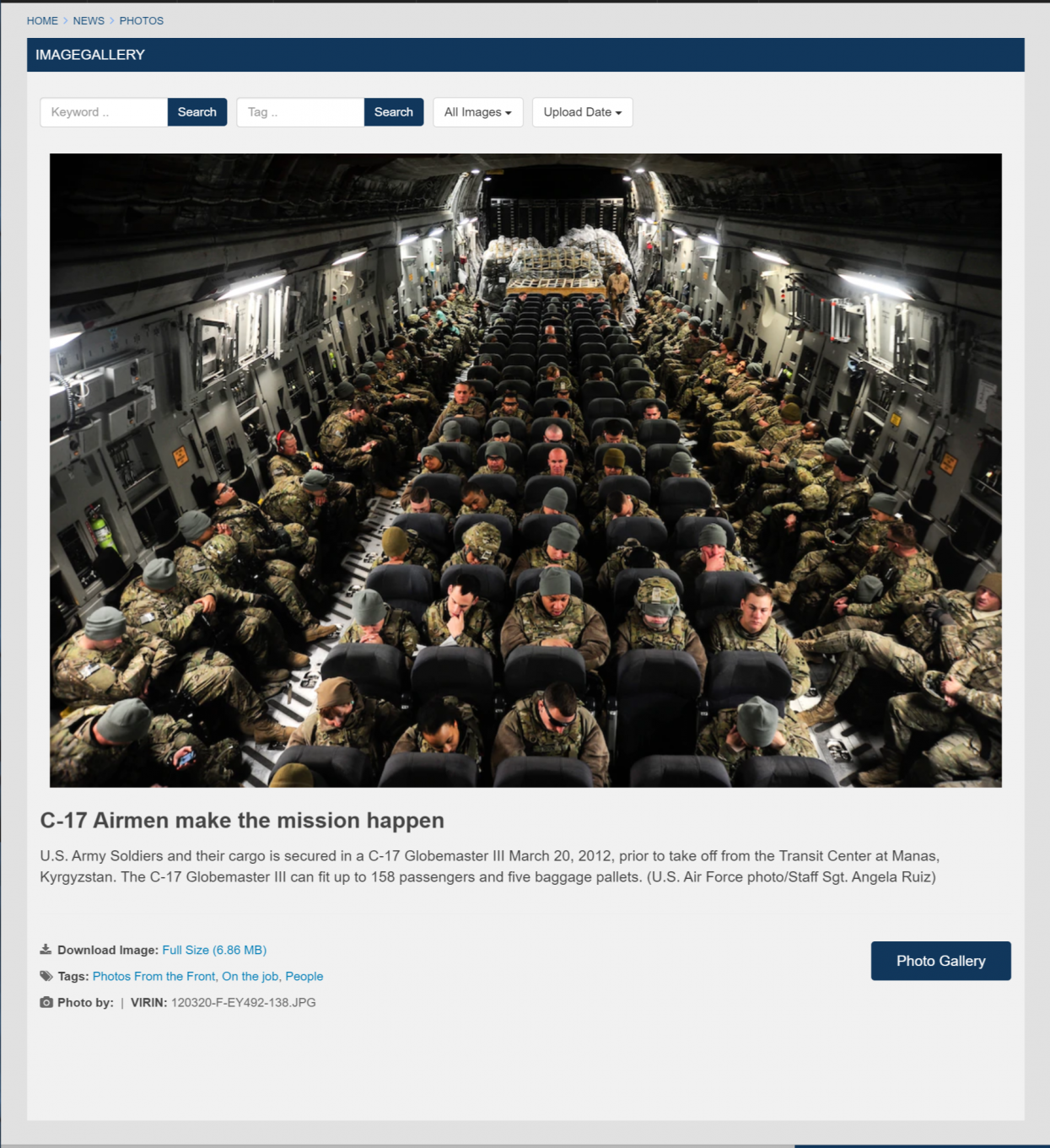 The photo’s caption reads: “U.S. Army Soldiers and their cargo is secured in a C-17 Globemaster III March 20, 2012, prior to take off from the Transit Center at Manas, Kyrgyzstan. The C-17 Globemaster III can fit up to 158 passengers and five baggage pallets. (U.S. Air Force photo/Staff Sgt. Angela Ruiz)”.

Below is a screenshot comparison of the photo in the misleading post (L) and the 2012 US Air Force photo (R):

The second photo was published on the official website of the US military’s Dyess Air Force Base in April 2015. 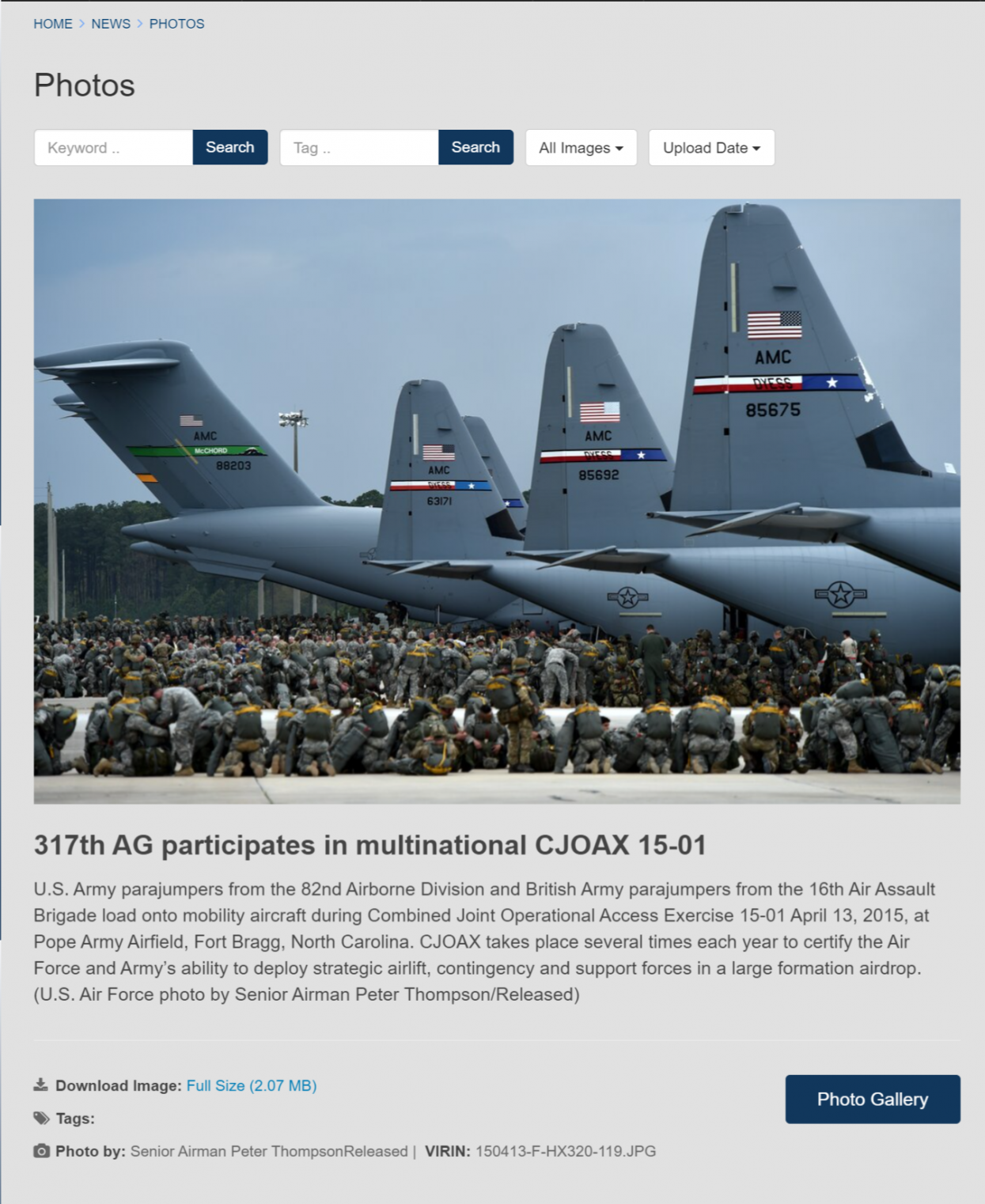 Below is a screenshot comparison of the photo in the misleading post (L) and the 2015 Dyess Air Force Base’s photo (R):