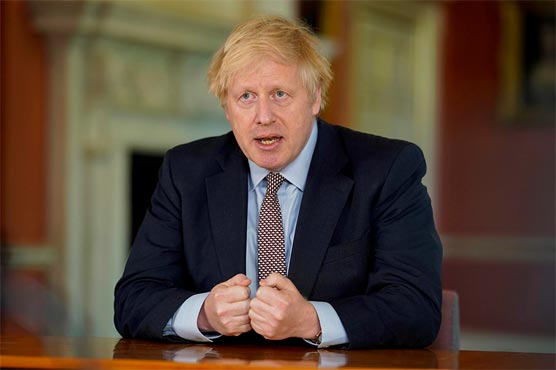 Boris Johnson was not commenting on the overall efficacy of Covid-19 testing.

AFP – A video of UK Prime Minister Boris Johnson has been viewed thousands of times in multiple social media posts that show him saying Covid-19 testing “only works in seven per cent of the cases”. The posts were shared with a caption that reads: “COVID tests 93% inaccurate”.

The claim is misleading: Johnson was not commenting on the overall efficacy of Covid-19 testing. The video shows him quoting a government report that states Covid-19 testing for people coming into the UK detected just seven per cent of cases on the first test.

The report stated that between 85 and 98 per cent of cases were detected if a second Covid-19 test was given to returned travellers during their quarantine period.

The video was shared to Facebook on January 23 by a New Zealand-based user. The post has been shared more than 500 times.

The footage shows a clip of Johnson speaking to a journalist and features superimposed text that reads: “Boris Johnson COVID Testing”.

During the video, Johnson can be heard saying: “The particular problem is that everybody thinks that you can have some test at the airport that will answer whether you’ve got it or not. Unfortunately it only works in seven per cent of the cases, so 93 per cent of the time you could have a real false sense of security, false sense of confidence, when you arrive and take a test.”

The Facebook post’s caption reads: “It only works in 7% of the cases”.

A similar video was also uploaded to YouTube alongside a caption that reads: “COVID tests 93% inaccurate”.

The video has been shared on Facebook more than 6000 times, according to data from social media monitoring tool CrowdTangle. A screengrab of the video was also published on Facebook with a similar claim.

The video, however, is misleading.

The clip used in the video has been taken from an interview on September 4, 2020, in which Johnson answered a question on the country’s Covid-19 testing regime at airports.

A one-minute 35-second video of the interview was published by the BBC on September 4, 2020.

The video in the misleading posts corresponds with the BBC video from the 30-second mark, when Johnson says: “The particular problem is that everyone thinks you can have some test at the airport that will answer whether you’ve got it, unfortunately it only works in seven per cent of the cases, so 93 per cent of the time you could have a real false sense of security, false sense of confidence when you arrive and take a test.”

He goes on to say: “That is why the quarantine system has got to be an important part of our repertoire, our toolbox in fighting Covid”.

According to the UK Department of Health and Social Care, the clip shows Johnson referencing this UK government report which analysed the most effective method to test people entering the UK with a Covid-19 PCR test.

The report, commissioned by Public Health England, found that only testing people once on arrival in the UK elicited a seven per cent success rate. It states that testing people a second time, between the five and 10 day point of their home quarantine, successfully identified Covid-19 infections in between 85 to 98 per cent of cases.

“Requiring incoming travellers to self-isolate on arrival to the UK increases the detection rate of infected travellers compared to the base case,” the report reads.

Travellers to the UK must self isolate for 10 days in the place they are staying, but may be able to leave quarantine early if they pay for a private Covid-19 test, according to the UK government’s website. “You may be fined up to £10,000 if you do not self-isolate when you need to,” the website states.