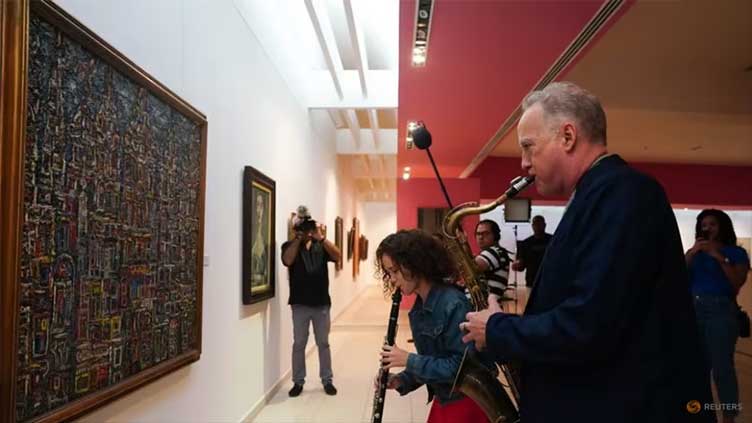 HAVANA (Reuters) - Grammy-winning U.S. jazz saxophonist-composer Ted Nash travelled to Cuba this week to perform with fellow musicians from the Caribbean island nation, part of a week-long celebration of jazz in the Cuban capital of Havana.

Nash - one of the United States’ best-known contemporary jazz performers, will lead a project called Jazz X. He and several Cuban musicians will compose new works inspired by visual art in Cuba’s National Museum of Fine Arts, then present them together to the public in several sessions.

The project, Nash said, brings together musicians from the two countries, and art of different forms, in a fusion of creativity across cultures and mediums.

“For me, there is no better time to talk about collaboration than the present,” Nash said.

Nash said the project is not political, but any collaboration between citizens of the United States and Cuba, neighbours at odds since Fidel Castro’s 1959 revolution, raises eyebrows.

The U.S. economic embargo on Cuba has for decades restricted most travel and official collaboration between the two countries.
Music has long defied the odds, forming a cultural bridge between the countries regardless of political relations. Afro-Cuban rhythms like the habanera have fed into Afro-American music as early as the 19th century.

Havana’s jazz festival has long featured U.S. musicians and attracted U.S. visitors under exceptions to the travel embargo for educational visits.
Nash said he hopes his visit continues that tradition and inspires fresh ideas and music, but also, further opening between the two countries.

“If this project, can teach the world, that people want to be together... and that the walls and fences we put between us, have nothing to do with music and people...that’s fantastic,” he told Reuters.