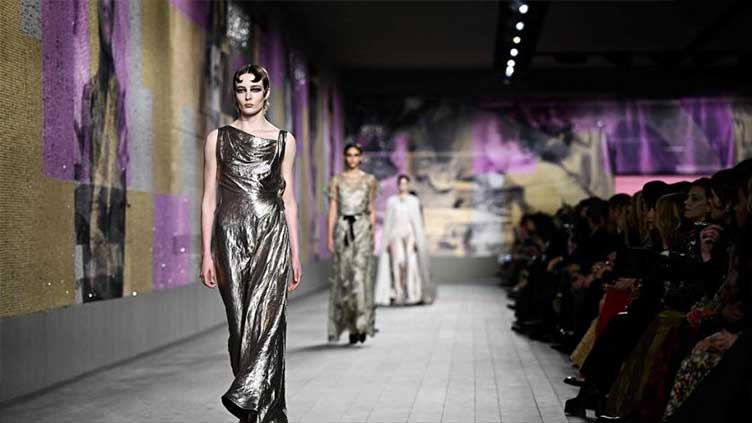 “She immediately understood the power of fashion,” Chiuri said of Baker, the famed French-American jazz singer and dancer.

The designer looked beyond Baker s stage style, also considering her love of suits and the uniforms she wore as a member of the resistance in France during the Second World War, as well as more intimate garments, including body-enveloping robes worn after a performance.

The show of the LVMH-owned (LVMH.PA) label opened with a luxurious robe-like coat, thrown over a satin bodysuit. A black velvet jumpsuit followed, strapless, the legs cut wide, before moving into a series of enveloping coats worn on top of long, pleated skirts.

Artwork by Mickalene Thomas lined the set, larger-than-life portraits of Black women, including Donyale Luna, Eartha Kitt, and Naomi Sims who built on the path opened up by Baker, said Thomas.

She sought to depict the beauty and confidence of these women, Thomas told Reuters, describing the challenge of whittling the list down to 13.

“All of these women were socially active and either they used their stage, their voice or their performance to really tell a story or a narrative about their personal life and about also the demographic that they were from,” said Thomas.

The exhibit, which is set up in a temporary show space at the Rodin Museum in Paris is open to the public through January 29.