Fahad Mustafa credits Bollywood's Govinda for inspiring him to act 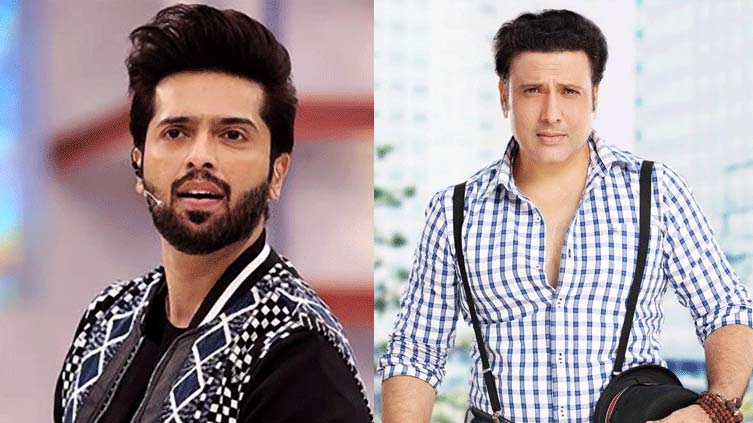 Fahad Mustafa credits Bollywood's Govinda for inspiring him to act

Fahad Mustafa credits Bollywood's Govinda for inspiring him to act.

DUBAI (Online) - At the Filmfare Middle East Achievers Night in Dubai, Pakistani actors Sajal Aly, Fahad Mustafa and Humayun Saeed were awarded for their respective work in the entertainment industry.

Mustafa in his acceptance speech credited Bollywood star Govinda for inspiring him to start acting in the first place. He also rushed from the stage and embraced "Coolie No.1" actor in a hug and shook his hand.

On Saturday, Aly was awarded Most Popular Face of Pakistani Cinema, Saeed as Trendsetter of Pakistani Cinema and Mustafa for Promising Star of Pakistan. In his speech, Saeed talked about his win and the possibility of going to India, Aly thanked him for giving her an opportunity to act and for believing in her. While the ‘Quad-e-Azam Zindabad’ actor dedicated his speech to Govinda.

“This is an honour, be it a Pakistani or Indian actor. To stand on Filmfare’s stage, we all prepared our speeches, Sajal I can’t top that by the way, you (Sajal) did an amazing job. I started acting in the first place because of Govinda sir. We are your fans and in Pakistan we always thought if we have to act in a certain way, it has to be like you and then came Ranveer,” said Mustafa.

He added that he counts himself lucky to be standing on the same stage as Govinda and asked the audience to give a round of applause for the star. “I hope Pakistan and India unite again to do good work,” he said.

It wasn’t only Mustafa who spotted alongside Bollywood A-listers, Aly was also seen having a moment with Janhvi Kapoor before heading onto the stage.